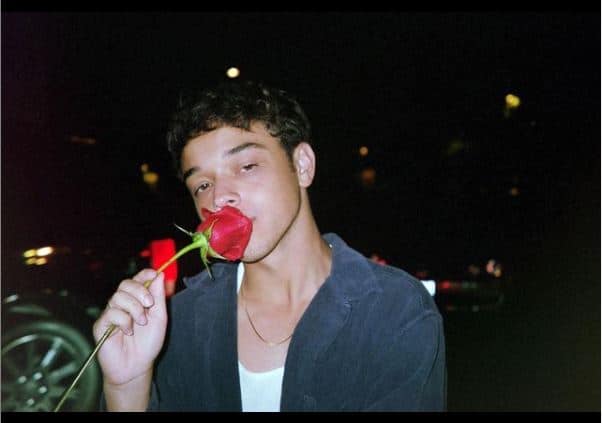 Jason Genao is an American actor who is best known for being a part of the popular teen comedy-drama series called On My Block which can be streamed on Netflix. In the series, Genao plays a character named Ruby Martinez. As of 2022, Jason Genao net worth is estimated to be around $500,000.

Genao’s parents are from the Dominican Republic and so he is also of Dominican descent. However, Genao grew up in New Jersey since his family migrated here. He studied at William L. Dickinson High School and would only start his involvement in acting when he was 16 years of age.

This was because at the time he had the limiting belief that said to him that becoming an actor from the kind of background he is from would be unreachable. Though Genao had almost given up on pursuing acting, a French film he watched would become the source of inspiration for him in getting into acting.

As a result, while he was still in high school, he became enrolled in the most affordable acting program that he could find. His hard work and perseverance would pay off as he managed to get a role in the series called The Get Down and was also part of an episode in Law and Order: SVU.

However, getting these roles was not easy as he failed in his first audition and so he even searched for how to audition on Google for tricks to improve in his next audition. After getting these roles, he especially expressed his gratitude to his hard-working father and brother who funded his acting school programs.

Jason Genao Net Worth and Career

Genao got a major breakthrough in his career after he landed a role in the much-anticipated film called Logan where he played a character named Rictor. This brought a lot of credibility for Genao in the eyes of directors and producers and has helped him to land more roles since then.

He then got the role to play Ruby Martinez in the series called On My Block which follows the lives of teenagers coming of age as they grow up in Southern California. The series has been praised for its comedy-drama while also bringing up real issues of gang violence.

Genao himself also associates with the characters and finds them very relatable to how he grew up as well. The series has provided him growing popularity with him having more than 1.5 million followers on Instagram already. In his acting career, Genao has said that watching the Texas Chainsaw Massacre had a big influence on him.

Jason Genao isn’t that actually tall. He stands at a height of 5 feet 1 inches or 156 cm tall and weighs around 60 kg or 132 pounds. His body measurements like chest size, arms size, and waist size are not available at the moment. Likewise, his hair color and eye color are both black.

You May Also Like:   Peter Scolari Net Worth: How Rich was the Actor Actually in 2022?

Jason Genao is currently single. Outside of the big screen, Genao is actively involved in several social causes. He is associated with the organization called DoSomething.org where he has been the face of the Ride & Seek campaign that aims to make sure that friends and family are safe on the road.

During the Black Lives Matter protests, Genao was very active and also supported the entire campaign. In an interview, when asked what he would do if he were not an actor, Genao has said that he would probably open a restaurant as he loves the process of cooking.

As of 2022, Jason Genao has an estimated net worth of $500,000. Genao has big ambitions for his career as one of the goals that he wants to achieve is winning an Academy Award.

Brad James Net Worth: How Rich is the Actor Actually in 2022?