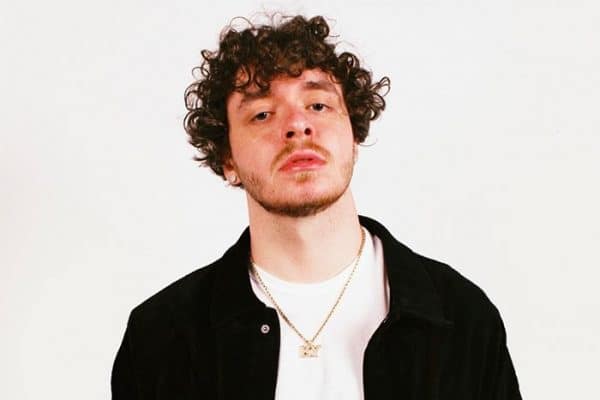 Jackman Thomas Harlow, simply known as Jack Harlow is a well-known American rapper. He is best recognized for his 2020 hit single titled “What’s Poppin”. Jack is currently signed to the record label, Generation Now. As of 2022, Jack Harlow net worth is estimated to be around $5 million.

Jack Harlow took his first step in this world on March 13, 1998, in Louisville, Kentucky, United States. He was born to Brian and Maggie Harlow. His mother, Maggie is a businesswoman. He grew up on a horse farm.

Jack started taking interest in rapping when he moved to Shelbyville along with his family at 12 years of age. His close companion Sharath helped him to work on his few songs. He actually made rhymes and songs using a Guitar Hero microphone. Later, he gathered all songs in one CD and named it “Rippin and Rappin”. Jack sold all the copies of the CD at Highland Middle School, where he studied.

As he was going strong on his dream, he composed his first mixtape called “Extra Credit” using the name Mr. Harlow. In 2015, he released his debut commercial album titled “The Handsome Harlow”. After a year in 2016, he completed his graduation from Atherton High School. Just a few weeks later, he released the mixtape titled “18”. In the mixtape, he featured few other rappers like Ace Pro, Shloob, 2forwOyNe, Ronnie Lucciano, and Quiiso.

Jack released the lead song titled “Dark Knight” from his mixtape Gazebo in November 2017. In pursuing his musical dream, he went on many tours with The Homies. He also opened for the rock band Portugal The Man.

Jack was not making enough money from his music, so he started working on Georgia State Cafeteria in Atlanta. While working there, he got a chance to meet DJ Drama. Jack’s exceptional music talent impressed DJ Drama and eventually, in August 2018, he was signed his record label “Generation Now”.

Under the record label, he released a major label mixtape titled “Loose”. For his brilliant work on the mixtape, he earned a nomination at the 2019 BET Hip Hop Awards in the category of Best Mixtape.

Harlow was slowly getting close to his dream of becoming a successful rapper. He reached the peak of his career when he released the song “What’s Poppin” in January 2020. The song became a massive hit, which has 139 million views on YouTube to date.

After that, he released few other hit singles “Moana” and “Tyler Herro”. Jack released his first studio album titled “That’s What They All Say” on December 2, 2020.

At the current age of 24, Jack Harlow stands at a height of 6 feet 3 inches or 191 cm tall and weighs around 80 kg or 176 pounds. His body stats like chest size, arms size, and waist size are not available at the moment. Likewise, his hair color and eye color are both dark brown.

You May Also Like:   Yung Bleu Net Worth: How Rich is the Rapper Actually in 2022?

Who is Jack Harlow’s Girlfriend?

Jack Harlow’s present relationship status may be single. Recently in his interview with Crystal Rosas, he shared that he has never fallen in true love, neither he has been heartbroken. Jack revealed the personality traits that his future partner should possess. He likes to have his future girlfriend be intelligent, sweet, big heart, and have a good sense of humor.

It is also rumored that he is currently dating TikTok star Addison Rae. But, neither of them has confirmed or denied the news.

Jack Harlow has earned both recognition and fortune in a short span of his career. Just at 24 years of age, his personal wealth is estimated to be around $5 million. The amount will surely increase in the future, as he is working hard on his future albums and singles.