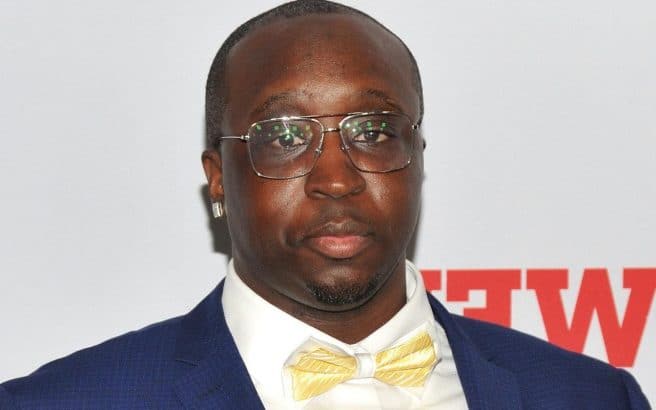 Isaiah Stokes is an American actor and hip-hop artist. He is best know for his appearance in the TV series “Law & Order: Special Victims Unit”, “Blue Bloods” and “Power”. Stokes is also recognized for his hit song “I love you Isaiah”. As of 2022, Isaiah Stokes net worth is estimated to be around $200,000.

Isaiah Stokes was recently charged with second-degree murder, and 2 counts of second-degree criminal weapon possession. He was indicted for the murder of Tyrone Jones at Queens courtroom on Friday, July 16, 2021.

Isaiah Stokes was born 10th of July, 1980 in New York, United States of America. He spent his childhood days growing up in the South Jamaica neighborhood of Rochdale Village. He has not talked much about his parents. However, we got to knot that most of his family members were a musician. His dad was a jazz musician, and his grandfather used to play blues.

For his study, he joined Delaware State University (DSU) from where he received a graduate degree in Accounting and Business Management. While studying in college, he started taking music seriously. He even named DSU’s first student organization “From Our Neighborhood To Yours (FONTY)”, which was dedicated to Hip Hop Preservation.

Stokes dropped his first mixtape titled “Like it or nov Vol. I.” while he was studying at DSU. During that time, he became popular for his song titled “I Love you, Isaiah”. The song received an overwhelming response from music lovers. It also received maximum airplay on commercial radio stations.

Following early success, he established his own record label, FONTY. In 2002, he went on a music tour with the legendary Jazz musician, Donald Byrd. For a year from 2003 to 2004, he participated in multiple talent shows like Monday Night Madness, and Jimmy’s Uptown Cafe. In addition to that, he has made appearances on mixtapes of other hip-hop artists like DJ Self, and DJ Superstar Jay.

Considering the success of his song, I Love You, Isaiah, he decided to release a music video of the song. He dropped the official music video of the song through his own record label, FONTY Records. To date, the song has over 12K views on YouTube. He came up with another music video of his hit song “Pleasure’s Paradise”. Later on, he released an album along with Moet Hennessy, which was titled “I love you Isaiah Volume 2: Like it or not”.

Isaiah has also been a brilliant actor. He is mostly known for his appearances on TV series such as Law & Order: Special Victims Unit, Rescue Me, Boardwalk Empire F, Boy Wonder, The Americans, F to 7th, Blue Bloods, and Louie.

Isaiah Stokes has not provided any information regarding his relationship and love affairs. It’s hard to say if he is married or single due to limited information on his romantic life. Stokes recently got into big trouble after he was charged with the murder of Tyrone Jones.

Stokes was indicted by the Queens District Attorney’s office on July 16, 2021. He was accused of shooting Tyrone for around eleven shots. The video footage was presented in the courtroom, which clearly shows Isaiah as a murderer. The murder took place on February 7, 2021, at around 2:45 p. m. Stokes will be appearing for his next hearing in the Queens courtroom on July 19, 2021.

You May Also Like:   Damon Wayans Net Worth, Age, Bio, Wife, and Kids

As of 2022, Isaiah Stokes’s net worth is estimated to be around $800,000. His involvement in the murder of the victim, Tyrone Jones would have a big impact on his current net worth. As per sources, he might be sentenced to prison for more than 25 years for his crime.

Darren Criss Net Worth: How Rich is the TV Actor Actually in 2022?