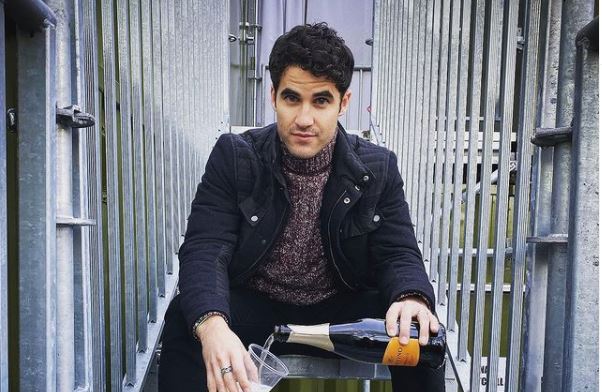 Darren Everett Criss is an American actor and singer who is best known for starring in the popular television series called Glee. He has also received an Emmy award for his role as Andrew Cunanan in The Assassination of Gianni Versace: American Crime Story. As of 2022, Darren Criss net worth is estimated to be around $5 million.

Criss attended the Stuart Hall for Boys and would later graduate from Saint Ignatius College Preparatory in 2005. From the young age of five, Criss was interested in music and would take violin lessons. He then learned to play different instruments such as the guitar, piano, and drums.

He even started his band in high school. At the same time, he was involved in the performing arts from a young age as well having been accepted to the American Conservatory Theater at the age of ten. Criss then studied at the University of Michigan where he completed his Bachelor of Fine Arts. During his time there, he was both an actor and director of the Basement Arts.

Darren Criss Net Worth and Career

In his early years, he appeared in several plays such as A Christmas Carol and The Voysey Inheritance. Along with some of his university classmates, Criss had started StarKid productions which was a musical theater company being involved in several musical comedies of Harry Potter such as A Very Potter Senior Year. Criss made his Broadway debut in 2012 in the play called How to Succeed in Business Without Really Trying.

You May Also Like:   Bryshere Gray Net Worth: How Rich is the 'Empire' Actor Actually?

Criss is still known today for the role of Blaine Anderson which he played on the television series called Glee that would be immensely popular over the years from 2010 to 2015. They even did a concert tour across the U.S. with the same characters from Glee that grossed more than $40 million. Even in the show, Criss would show his singing skills having written the Emmy award-winning Song called This Time which was one of the original songs to be played in the Glee Finale.

Darren Criss married Mia Swier on February 16, 2019, with the two have been together for close to 10 years. Criss has been an active advocate for LGBT rights as well as The Trevor Project which is focused on suicide prevention among LGBT youth. He has even received the Power of Youth Philanthropy Award from Variety for his work for The Trevor Project.

As of 2022, Darren Criss has an estimated net worth of $5 million. Criss has had immense success as an actor as well as a singer performing in concerts all around the U.S. Furthermore, he is also an investor in The Motley which is a men’s grooming e-tailer as well as co-founder of Elsie Fest which is a music festival that features Broadway.