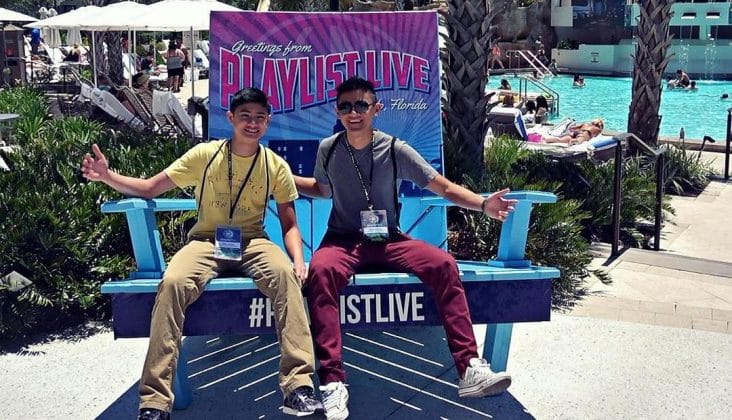 Nick and Ricky Ireland, better known as Ireland Boys are Vietnamese-American YouTube stars. The two brothers are best known for their challenge and prank videos on their primary YouTube channel, Ireland Boys Productions. They also have a secondary channel, Ireland Boys, where they feature vlogs and behind-the-scenes content. As of 2022, Ireland Boys net worth (combined) is estimated to be around $2 million.

The two brothers Nick and Ricky started their YouTube channel, Ireland Boys Productions on September 29, 2015. They published their first video titled “EIPC Invisible Rope Prank!!!” on October 8, 2015. The video received good views and responses from the audience. To date, the video has garnered over 1.6 million views.

Since their first video, they have come a long way and achieved huge success as YouTube stars. The two entertaining brothers mostly entertained viewers with a variety of pranks and challenge videos such as 24 Hour Overnight Challenges, Hide and Seek, Food Challenges, Dare or Dare, Epic Forts, and much more content. They hit the 1 million subscribers mark on September 17, 2017, and 4 million subscribers on February 12, 2021.

Nick and Ricky Ireland also have a secondary channel named “Ireland Boys”, which they created on May 4, 2017. On their second channel, they made content such as  Vlogs, BTS of Pranks, and other Extra Fun moments they had while filming their YouTube videos. They uploaded a recent video on their second channel on October 19, 2021. The video has the title “We Got Chased by Security!!! (Ding Dong Ditch in Ghillie Suit BTS)”.

The Ireland Boys, Nick, and Ricky are both popular among ladies. Though, Nick seems to be still enjoying his single life. On the other hand, his elder brother, Ricky is dating fellow YouTube star, Morgan Davis. Ricky and Morgan started dating in November November 2020. The pair also shares a YouTube channel “Ricky and Morgan”.

Nick Ireland entered a boxing ring against the TikTok star, DK Money in July 2021. The two competed in a YouTuber Vs. TikToker boxing match and at the end of the fight, Nick came out as a winner.

As of 2022, Ireland Boys have earned a total net worth of $2 million. The two YouTube star’s major source of income comes from their two YouTube channels. Their estimated annual income from YouTube is reported to be around $475K.

Lexi Rivera Net Worth: How Rich is the YouTube Star Actually?