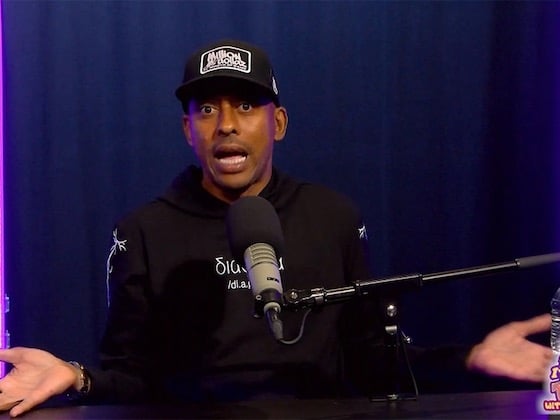 Gillie Da Kid is an American Underground emcee and rapper from Philadelphia. He is known for releasing a series of mixtapes called King of Philly. Gillie launched his first studio album titled Welcome 2 Gilladelphia in 2015. He was also the co-founder and part of the rap crew, Major Figgas. As of 2022, Gillie Da Kid net worth is roughly around $2 million.

Gillie Da Kid was born Nasir Fard on July 31, 1984, in Philadelphia, Pennsylvania. Not much is known regarding his upbringing, parents, and early life. He studied at Ben Franklin High School and then attended Cabrini College taking business as a major subject. While in college, he was a part of the track team and also played basketball.

Gillie was a member of a Philadelphia rap group, Major Figgas in the 1990s. The rap group has a seven-member and had signed a recording deal with Suave House Records in Houston at the end of the 1990s. The rap group was a popular band in Philadelphia’s underground scene. Gillie decided to go solo after Suave House Records lost a distribution deal with Universal.

Gillie went on to reveal his ghostwriting credit on Lil Wayne’s albums after Wayne made unjustified comments on one of Gillie’s mixtapes. He soon came into the media attention following his feud with Wayne. After a while, he signed a record deal with a new indie label, Babygrande Records.

In March 2007, he dropped a mixtape collection, The Best of the GDK. Then, in 2008, he came up with the track titled Get Down on the Ground. Following that, he released two albums, King of Philly and I Am Philly. Later, he eventually received a $2 million agreement from Tamba Hali’s Relumae Records. Along with the Relumae, he released his next album titled Welcome to Gilladelphia in 2015.

Gillie has also been recognized for working as a podcast host of The Million Dollaz Worth of Game Show. He launched the podcast along with social media influencer and disruptor, Wallo267 in 2019. Gillie and Wallo were first cousins and both grew up in Philadelphia. The first episode of the podcast was released on August 13, 2019. Along with that, he has also appeared in several movies. He has appeared in the movies such as King of the Avenue, The Wrath of Cain, and Force of Execution.

Gillie Da Kid is currently married to a makeup artist, Gene aka Tudie. His wife, Tudie has appeared as one of the guests on his podcast where the rapper revealed that he often calls his wife with the name, Toot. Together, the pair shares two sons named YNG Cheese and Mac. Both his sons are recording artists and they worked together on a hip-hop album titled Macc N Cheese in 2021.

Gillie was involved in an online feud with Soulja Boy in 2014 over the matter that the younger rappers were not coming into the spotlight due to old rappers. After that, the boxing promoter, Damon Feldman suggested that Gillie and Soulja should conclude their battle in a boxing ring. Even though both rappers had signed a contract, Soulja dropped out of the game in the end.

Da Kid has recently raised his voice against the people who were sharing footage and clips from the rapper, Takeoff’s death who was shot and killed in Houston on October 31. He also shared an Instagram story mentioning the people as clowns who took their phones out, recorded, and posted videos to social media whenever something tragic happens to a Black celebrity.

Gillie Da Kid’s net worth is estimated to be around $2 million as of 2022. He has accumulated a huge amount from his music career and appeared in several movies and TV series. The former Major Figgas member has released many independent projects and has worked on collaboration songs with the rappers such as Pusha T, Yo Gotti, and 2 Chainz.

Safaree Samuels Net Worth: How Rich is the Rapper Actually?

Edot Baby Net Worth: How Rich was the Rapper Actually?