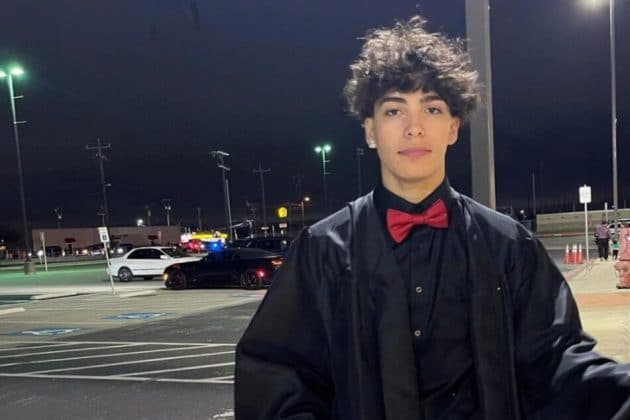 Gabriel Salazar, better known as Gabenotbabe was a 19 years old TikTok star. He was one of the trending lip-sync performers on TikTok. His TikTok account, gabenotbabe had over 2.2 million followers and over 97.2 million likes. Gabriel Salazar net worth at the time of his death is estimated to be around $100 thousand.

Gabriel Salazar and three other people were killed in a fiery car crash in Texas during a police chase on Sunday, September 26, 2021.

Gabriel Salazar was born on January 12, 2002, in Brownsville, Texas, United States. Nothing much is known about this early life, parents, and academic detail. He must be studying in high school. Gabriel has a fun-loving nature. He loved performing on songs. Either it would be on lip sync or on dance, he just loves to showcase his entertaining side to audiences.

Salazar had been receiving wide recognition on social media platforms. He started making TikTok videos in February 2020. Around one year, his popularity has reached to peak. Most of his videos received hundreds of thousands of views, and it also goes beyond the million views much oftentimes.

Gabriel was also quite popular on Instagram, where he is followed by 242K followers. Gabriel loved to post his recent photos on Instagram. He recently posted random shirtless pictures on his official Instagram account. Likewise, some time back, he made a video, where he mentioned he would be following back and giving his phone number to those who follow the users’ mention below his post.

Gabriel was also making videos on YouTube. He made his first video on September 4, 2020, with the title “Car Meet Gone Wrong”. The video garnered over 4.4K views. He made his first vlog featuring El Cupido malo on January 12, 2021, which has received 9561 views.

Gabriel was not much active on YouTube. He had just six videos on his YouTube channel. His most recent videos include “First day in Las Vegas… AND ITS HAUNTED!!”, “My First Meet & Greet!”, and “He Tried To Make Our Luggage”. He was last active on YouTube on August 11, 2021, where he did live streaming.

Gabriel was dating someone before he died on September 26, 2021. His rumored lady love has also appeared in his TikTok videos. On May 2, 2021, both went on a lunch date and had lunch together. We got a hint on their dinner date after Gabriel posted a video on TikTok with his lady.

As per the statements from the Zavala County Sheriff’s office, the car crashed when the authorities attempted a traffic stop on US Highway 83. On an unsuccessful attempt to deploy a tire deflection device by the officer, Gabriel drove off the road and traveled across the roadway and in the end, the car onto the west barrow ditch.

Gabriel Salazar had earned an approximate fortune of $100 thousand. He must have gathered a hefty sum from sponsorship posts on TikTok and Instagram.

Jenny69 Net Worth: How Rich is the Social Media Star Actually in 2022?