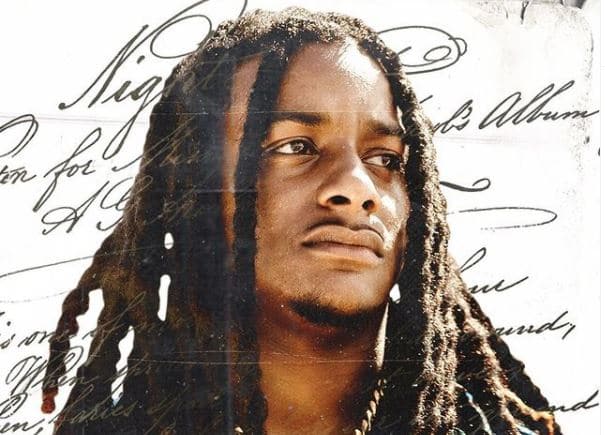 FCG Heem is a 24 years old rising rapper from Florida. He is best known for his songs “Haha” and “Dead Weight”. FCG is also recognized for its hypnotic rhymes and unique style of melodies. As of 2022, FCG Heem net worth is estimated to be around $100 thousand.

FCG Heem was born on 3rd January 1998 in Fort Lauderdale, Florida, United States. He was interested in music from an early age. At 3 years of age, he started playing with a karaoke machine, which was gifted to him by his father. He used to sing all day with a microphone in his hand, and entertain his family members. Heem belongs to Jamaican descent, and due to that, he adopted the reggae style.

He slowly started getting inspired by the story of other artists and started dreaming to have his own R& B, and hip-hop music. Heem mentioned 50 Cent as his favorite rapper. He started taking music seriously in 2018. In his early days, Heem also worked at Walmart. According to sources, he was fired from Walmart. However, the real reason why he got fired is still unknown.

Then, he started working on his music and uploaded his tracks on Soundcloud. His early track includes “This Year”. However, it was the song titled “Dead Weight”, which made him an overnight popular. The popular NFL star, Eddie Jackson also helped on making the song popular by sharing it online. The song received more than 224K streams on Soundcloud.

Heem was later signed into the record labels; 100K Management and New Era Tha Label. Soon, he released his two EPs titled “Letter To My People”, and “Street Virus”. Heem is also releasing his latest songs on his self-titled YouTube channel.

FCG Heem currently stands at a height of 5 feet 10 inches or 178 cm tall and weighs around 70 kg or 154 pounds. His body stats like chest size, waist size, and arms size are not available at the moment. Likewise, his hair color and eye color are both black.

FCG Heem has not revealed his present relationship status yet. Though, he has shared in one of his interviews that he has a son. While talking to Audiomack World, he revealed that he didn’t want to put all the money that he earned from Walmart into music, since he had to take care of his son as well. FCG Heem is getting quite popular on Instagram, where is currently followed by 105K people.

You May Also Like:   London on da Track Net Worth: How Rich is the Rapper Actually?

The young rapper, FCG Heem has not revealed his exact net worth figure yet. According to our prediction, he must have an earned a net worth value of around $100 thousand. Heem might also be earning a good amount from his YouTube channel, where has 24.7k subscribers, and over 6.8 million views.

Shock G Net Worth: How Rich Was Shock G before his death?