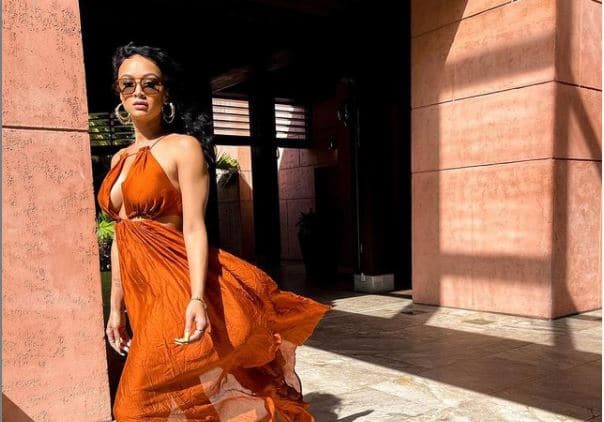 Draya Michele is an American reality TV star, actress, model, and fashion designer. She is best known for her appearance on VH1’s reality TV series “Basketball Wives LA”. Michele has appeared as a main cast member on the reality show for the four-season. As of 2022, Draya Michele net worth is estimated to be roughly $1 million.

Draya Michele was born on the 23rd of January, 1985 in Reading, Pennsylvania, United States. She belongs to mixed ethnicity as her father is an African-American, and her mother is an Italian. Nothing is much known about her early life, parents, and academic background.

You May Also Like:   Johnny Weir Net Worth: How Rich Is the Figure Skater in 2022?

In 2011, she was featured as one of the main cast on the VH1 series Basketball Wives LA. Michele’s appearance in the series started getting her more fame. She remained as a part of the series until its fourth season in 2015. While being a part of the series, she made the headlines after getting into a public feud with a fellow cast member, Sundy Carter. Draya and Sundy got into a physical altercation while they went on Palm Springs vacation.

Draya has also appeared as an actress in few movies. She was seen as Holly in the 2016 romantic comedy movie “The Perfect Match”. Likewise, she has appeared as Amanda in the psychological thriller movie “Til Death Do Us Part”. As an actress, she has last appeared in the 2018 musical drama TV series “Star”.

In July 2013, she started dating American football player, Orlando Scandrick. After dating a couple of years, the couple became engaged on August 21, 2015. However, the pair split without turning into a married couple after few years. Draya and Orlando share a child together named Dru, who was born in 2016.

As of 2022, Draya Michele’s personal wealth is estimated to be around $1 million. She has gathered most of her income from appearing in the reality show “Basketball Wives LA”. As per sources, Draya received a double salary since she made her debut on the show. However, we are yet to know her exact salary figure from the reality show.

Draya is also earning a good amount from running a number of fashion lines. In 2011, she launched her swimwear line, Mint Swim. Likewise, in 2013, she launched a lifestyle clothing line, Fine Ass Girls. Draya also owns another clothing line, Beige & Coco, which was launched in November 2016.

Angel Brinks Net Worth: How Rich is the ‘Basketball Wives’ Star?

Elize Matsunaga Net Worth & Wiki: How Rich is Elize Actually?