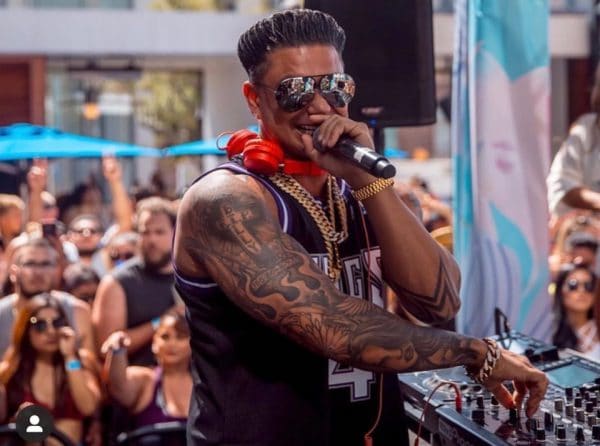 Paul D. DelVecchio Jr., who is better known as DJ Pauly D, is an American television personality and DJ. He is best known for being part of the hit reality show called Jersey Shore and even had his spin-off show called The Pauly D Project. As of 2022, Pauly D net worth is estimated to be around $22 million.

From an early age, he was interested in music. In fact, he began his career as a local DJ. His idol was DJ AM.

Though he got a start as a DJ, his breakthrough in popularity came when he became a cast member of Jersey Shore in 2009. After getting a message on Myspace, he got in contact with the directors of the show, and his personality was deemed to be a good fit for the show. The Jersey Shore was a reality show which followed the lives of eight housemates in a vacation home with shooting occurring both in the U.S. and Italy.

You May Also Like:   Ashanti Net Worth: How Rich is the Singer Actually in 2022?

The show was a huge hit among the younger generation who loved the reality show concept. Pauly had an integral part in the success of the show and even won the 2011 Teen Choice Award for Choice Reality Star: Male. The success of the show led to The Pauly D Project in 2012 which was a spin-off show that focused on his life as a DJ going on tour throughout the U.S.

He was also part of Jersey Shore: Family Vacation that was released in 2018. In between that, Pauly has focused on his career as a DJ and has released many songs as well. One of his earliest singles was called Beat Dat Beat which he released in 2010. In 2011, he also signed a three-album deal with rapper 50 Cent’s record label. He released his debut album in 2012 which was called Back to Love. Over the years, he has worked with stars such as Britney Spears, Big Sean, and the WWE. He has also featured in shows such as Revenge Prank and Game of Clones.

Pauly was in a relationship with Amanda Markert with whom he has a daughter named Amabella Sophia. Pauly was married between 2016 to 2018 with Aubrey O’Day who is a singer. He is currently in a relationship with Nikki Hall who was a contestant at Double Shot at Love. This was where the two initially met with Pauly dumping her at the finale. However, she came back in the second season and the two have been together ever since.

As of 2022, DJ Pauly D has an estimated net worth of $22 million. The success of the Jersey Shore has helped Pauly create huge net worth. The success of the show led to his popularity as a DJ where he charges between $50k to $100k per event that he does in some of the biggest clubs.

You May Also Like:   Vince Neil Net Worth, Age, Bio, Wife, and Kids

Ana Barbara Net Worth: How Rich is the Mexican Singer Actually?