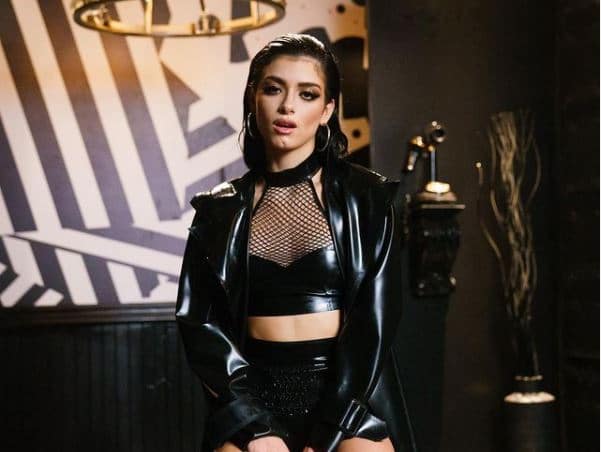 Dixie D’Amelio is an American TikTok star, and singer. She is best known for making dance videos on TikTok. Dixie currently has 54.8 million followers on her official TikTok account. D’Amelio released her first song “Be Happy” in June 2020. As of 2022, Dixie D’Amelio net worth is estimated to be roughly $5 million.

Dixie D’Amelio was born on the 12th of August, 2001 in Norwalk, Connecticut, United States. She was born to her parents, Mac, and Heidi D’Amelio. Her dad, Marc D’Amelio is a former Republican Connecticut senate candidate, and her mom, Heidi is a former model and photographer. She has a younger sister named, Charli D’Amelio, who is a famous TikTok star.

Dixie started making videos in TikTok after her younger sister, Charli became popular on a social media app. Looking at her sister’s success, she also started making videos on TikTok. As she continued to make videos, she started getting fame and her followers increased in substantial numbers. Dixie later signed a deal with United Talent Agency in January 2020.

You May Also Like:   Ash Kaashh Net Worth: Height, Age, Bio, Career & More

She starred as an actress on the Brat TV series “Attaway General”. It was her debut as an actress in the series. D’Amelio has also been quite impressive as a singer. She released her first song titled “Be Happy” on June 26, 2020. Within a year, the song has gathered over 86.1 million streams on Spotify.

D’Amelio signed a recording deal with record label HitCo Entertainment on August 7, 2020. She dropped her second song titled “One Whole Day” featuring the famous rapper, Wiz Khalifa in December 2020. She started working on her fourth song titled “Psycho” in July 2021, and the song was released on July 23, 2021.

Dixie has most recently made videos on her new song “Psycho”. She made a video on the title “Dixie’s Tips on Not Being a Psycho” on August 16, 2021. She has supposed to have made a video to promote her new song on the platform. On August 22, 2021, she uploaded a live performance video on Psycho on her YouTube channel.

D’Amelio has most recently featured on Hulu’s reality series “The D’Amelio Show”. The reality series deals with the D’Amelio sister’s family lives, and careers in Los Angeles. In the premiere episode of the series, Dixie revealed the pressure she has faced since she entered the social media spotlight.

You May Also Like:   Nick Briz Net Worth: How Rich is the YouTuber Actually in 2022?

Dixie D’Amelio’s present relationship status is believed to be single. She has previously dated a fellow TikTok star, Griffin Johnson. On July 2, 2020, Griffin revealed that he had asked Dixie to be his girlfriend. However, just after a month, Dixie revealed in a video that she had a final date with Griffin. She has described her relationship with Johnson as dumb and immature.

Dixie started dating well-known social media personality, Noah Beck in October 2020. She has mentioned Noah as the best guy for her through a tweet on Twitter. Dixie even revealed that she wished to get marry him in the future. Though the pair have reportedly broken up, and they are currently busy in their own lives.

As of 2022, Dixie D’Amelio’s personal wealth is estimated to be around $5 million. According to a Forbes report published in August 2020, Dixie earned around $2.9 million in the previous year from her many sponsorship deals and merchandise. With the huge money in her pocket, she became the third highest-earning TikTok star.

Olivia Jade Giannulli Net Worth: How Rich is the YouTuber Actually?

Bob Menery Net Worth: How Rich is Instagram Star Actually?