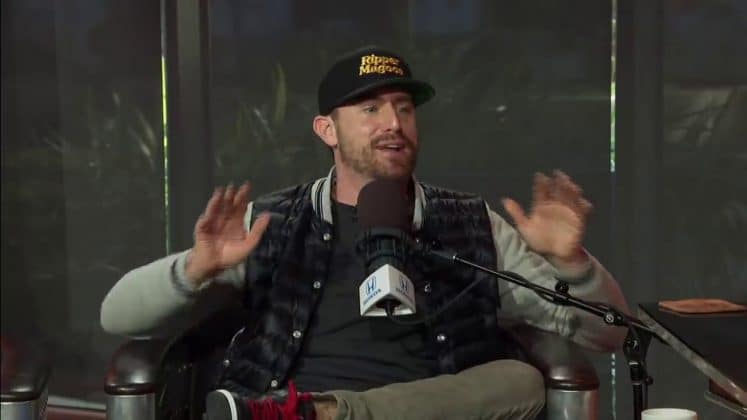 Bob Menery is a 35 years old American Instagram star. He is best recognized for his sportscasting and comedy parodies on Instagram. Bob is also popular as a Man with the Golden Voice. He is the voice behind the Buffalo Wild Wings. As of 2022, Bob Menery net worth is estimated to be around $6 million.

Bob Menery was born on the 10th of June, 1987 in Massachusetts, United States. There is nothing much known about his parents, early life, and academic background. As per sources, he belongs to British-Irish ancestry.

Bob earlier wanted to pursue a career as an actor, thus, he spent four years of his life in Los Angeles pursuing the acting profession. He also went to New York Film School. However, while living in Los Angeles, he got distracted from his ultimate goal of becoming an actor when he started spending more time partying.

Menery started his career working as a golf caddie for the Wilshire Country Club, which is based in Los Angeles. He served as a caddie for five years. While working as a caddie, he carried a bag of many known players including Aaron Rodgers.

You May Also Like:   Jena Frumes Net Worth: How Rich is Jason Derulo's Girlfriend?

Menrey went on to become an Instagram star in 2017. He uploaded his first Instagram video on July 10, 2017, where he was having fun and chilling out with his friend. At the same time, he shared a video showing his sportscasting talent, which went viral on the internet. The video quickly earned 131K likes. After the video went viral, he was motivated to make more such content on Instagram.

Though he was making more videos on Instagram, he didn’t receive the same reaction as his viral video. That made him change his strategy, and he started making comedy parody videos for the games. The strategy worked like a charm for him, and he started getting good responses from people. His followers also increased in a huge number after he uploaded more comedy parody videos.

Bob had to struggle to reach the success and popularity he is receiving today. While he was working as a golf caddy, he was living out of his car. He was even hospitalized for two days after taking crystal meth. After he was discharged from the hospital, he called his friend, Ernie, who arranged to send him back to his home.

As he returned home, his brother-in-law picked him up and helped him find a job at a nearby liquor store. After some time, his brother-in-law told him that he got a call from a YouTube rapper, Mike Constantino, who wants to feature him as an extra in his music video. He agreed to get featured in the video, and it turned out to be a launching pad for Bob due to which he has achieved widespread popularity as an Instagram star.

You May Also Like:   Anthony Reeves Height, Age, Wiki, Bio, Net Worth & Career

Bob also became popular after he became the voice of Buffalo Wild Wings. To date, his Instagram account has 3 million followers. Bob has most recently shared a comedy sportscasting video on Instagram. The video was posted on November 4, 2021, which has the title “For all our new podcast fans.. Meet Fabriga. Gold medal right in front of his eyes… He let us all down.”.

Bob Menery’s present relationship status is single. Though last year, Bob revealed that he has a feel for the model, Katie Kearney. He even made comedy parody videos in which he used the word specifying Katie as his crush.

As of 2022, Bob Menery’s personal wealth is estimated to be around $6 million. His major source of income comes from being an Instagram. Bob might also be earning a satisfying amount from his self-titled YouTube channel, where he has 110K subscribers and over 711K views.

Dixie D’Amelio Net Worth: How Rich is TikTok Star in 2022 Actually?