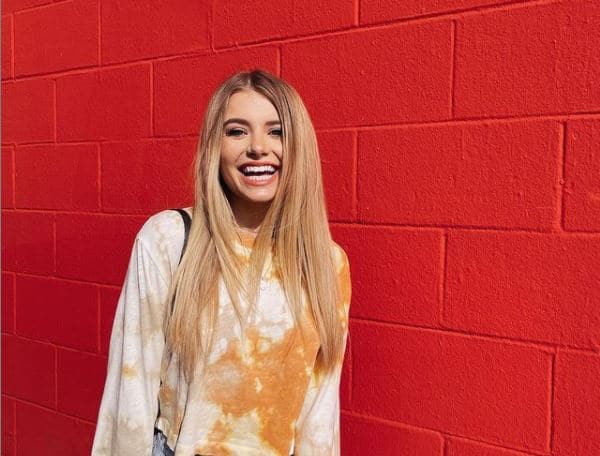 Demi Burnett is an American reality TV personality, who is best known for her appearance on season 23 of The Bachelor. Burnett has recently returned to reality TV for the 7th season of “Bachelor in Paradise”. As of 2022, Demi Burnett net worth is estimated to be roughly $1.2 million.

Demi Burnett was born on the 21st of February, 1995 in Dallas, Texas, United States. She was raised in the rural town of Red Oak, Texas. Demi has been living with her mother, Tina Jean Jordan. Her mom, Tina has been arrested several times. She was arrested and sent to prison against bank fraud when Demi was filming for “The Bachelor”.

Likewise, her mom was arrested again in 2007 for committing theft and forgery. Demi was living with her father and stepmother at that time. She shares a close relationship with her father. Demi has mentioned that her father is very supportive of her career. She also has a brother named Drake Burnett.

Regarding her education detail, she completed her high school graduation from Red Oak High School in 2013. Then, she joined Texas State University.

Demi came to the attention after she appeared in season 23 of “The Bachelor”. The reality series premiered on January 7, 2019. She was competing in the show with other ladies to win the heart of 26-year-old former professional football player, Colton Underwood. Demi finished at 9th place in the series.

Demi then made a guest appearance on season 15 of The Bachelorette. However, she claimed prominence after she appeared as a contestant in season 6 of “Bachelor in Paradise”. In the first episode of the reality series, she made a shocking revelation that she has been casually dating a woman named Kristian Haggerty. Later, her so-called girlfriend, Kristian made a surprise entry in the show.

Demi and Kristian continued their on-screen chemistry in the show, and with that, they became the first same-sex couple on the show. At the end of the show, Demi got engaged to Kristian.

Demi has been making several guest and cameo appearances after she ended her journey in Bachelor in Paradise. In 2019, she made a cameo appearance in Dancing with the Stars. Likewise, in January 2020, she made a guest appearance on season 24 of “The Bachelor”, where she hosted a group date for the contestants who were fighting to win the love of bachelor, Peter Weber.

Burnett has also made a guest appearance on WWE Raw in 2020. She appeared as a celebrity contestant in the TV game show “The Celebrity Dating Game”. She has most recently made a grand entry as a contestant on Season 7 of Bachelor in Paradise.

Demi made a comeback on the Bachelor of Paradise on August 23. In a recent trailer shown by ABC, Demi looks stunning in a vibrant bikini. She was seen giving her introduction by saying “I’m Demi, but would there be anyone there who doesn’t know who I am? That’s a Joke”.

You May Also Like:   Johnny Weir Net Worth: How Rich Is the Figure Skater in 2022?

Demi Burnett broke up with her ex-girlfriend, Kristian Haggerty in October 2019. She then dated a musician, Slater Davis. Demi confirmed her relationship with Slater through her official Instagram account. However, the couple split just four months after their official announcement.

The pair gave a hint of their separation after they unfollowed each other on Instagram. Demi also deleted pictures of her former boyfriend from her Instagram. Likewise, on June 19, her former beau shared a heartbreaking Instagram Story, where he captioned “So many ups n downs”.

As of 2022, Demi Burnett’s personal wealth is speculated to be around $1.2 million. She has most probably earned a huge amount from appearing in the popular reality series “Bachelor in Paradise”. Besides that, she is also a professional interior designer.