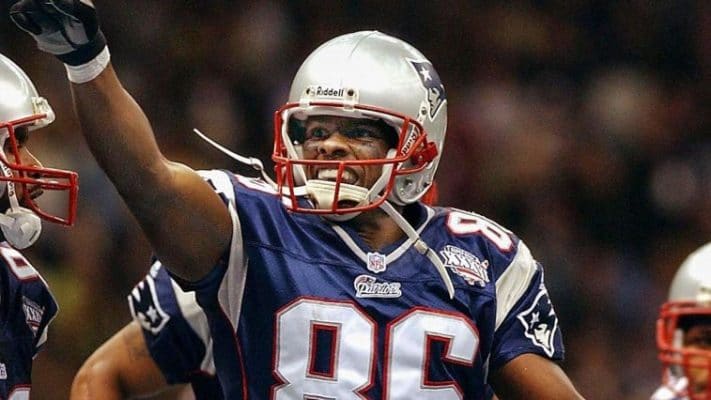 David Patten was a former American football player who won three Super Bowl rings with the Patriots. He also played for the teams like Washington Redskins, New Orleans Saints, and Cleveland Browns. David Patten net worth before his death is estimated to be around $5 million.

Patten was born on August 19, 1974, in Hopkins, South Carolina. He started playing football at Lower Richland High School. Patten then went to Western Carolina University where he played his college football.

As a junior, he averaged 3.6 catches and in his senior season, he recorded 59 catches for 881 yards. He was also named to the All-Southern Conference team.

Patten went undrafted in the 1996 NFL Draft but went on to play for the Arena Football League’s Albany Firebirds. His first game came on August 2, 1996, in a 54-49 win against the Milwaukee Mustangs. In that game, he caught two passes for 37 yards.

You May Also Like:   Mark Eaton Net Worth: How Rich was NBA Player Mark Eaton Actually?

Patten was signed as a free agent by the New England Patriots in 2001. That year, he started in 14 games setting a career-high with 51 catches for 749 yards. On October 21, 2001, he set the record to run, catch, and throw for a touchdown in a 38-17 win. With that, he was named AFC Offensive Player of the Week for his superb performance. He also won his first Super Bowl that year.

In 2002, Patten started in a total of 14 games setting a career-high with 61 receptions, 824 yards, and five touchdowns. Patten spent most of his game outside due to injury in the 2004 season. However, he returned to win his third Super Bowl ring in a win against the Philadelphia Eagles in Super Bowl XXXIX.

Patten then signed a five-year, $13 million contract with the Washington Redskins. In his debut season with the Redskins, he started seven of the first nine games before being placed on injured reserve afterward. He finished that season with 22 receptions for 217 yards.

After being released by Washington Redskins, Patton signed a one-year deal with the New Orleans Saint. He then signed with the Cleveland Browns and also returned to New England for his second stint. On July 31, 2010, he announced his retirement.

Patten’s relationship status is unknown. On September 2, 2021, Patten died at the age of 47. The cause of death was a motorcycle accident.

According to the South Carolina Highway Patrol, Patten’s motorcycle drove into the opposing lane and hit a sedan.

David Patten’s net worth before his death is estimated to be around $5 million. In 2004, he signed a five-year, $13 million contract with the Washington Redskins.

You May Also Like:   Cara Banks Net Worth: Height, Age, Bio, Husband & More

Keith McCants Net Worth: How Rich was the Retired NFL Player Actually?