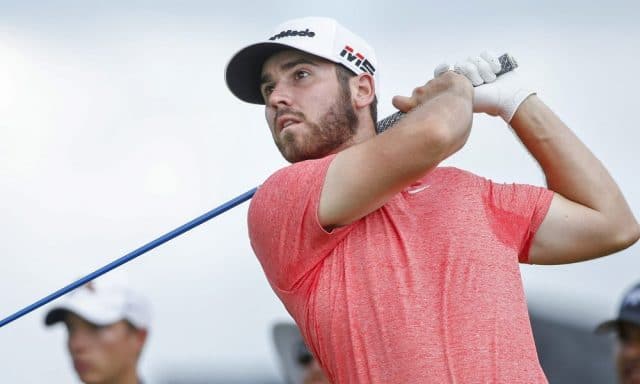 Matthew Wolff is an American golfer from California. He is known for winning the 2019 NCAA Division I Individual championship. As of 2022, Matthew Wolff net worth is estimated to be $4 million.

Matthew was born on April 14, 1999, in Simi Valle, California to parents Bill and Shari Wolff. He grew up in Agoura Hills, California, and started playing golf at the Lake Lindero Country Club and attended Westlake High School. In 2017, he finished runner-up at the U.S. Junior Amateur Golf Championship.

Wolff initially committed to play college golf for the University of Southern California but later opted to attend Oklahoma State University. In his first year, he earned four runners-up, first-team All-American honors, and the Phil Mickelson Award as the nation’s top freshman. In 2018, he clinched the NCAA Division I championship for Oklahoma State.

In his sophomore season, he played at the Carmel Cup and the OFCC Fighting Illini Invitational. He then made his PGA Tour debut at the 2019 Waste Management Phoenix Open.

Wolf turned pro in June 2019 and made his professional debut at the Travelers Championship. His first victory at the PGA Tour came on July 7, 2019, at the 3M Open at TPC Twin Cities in Minnesota. He shot a 6-under 65 in the final round to win over Collin Morikawa and Bryson DeChambeau by one stroke at 21-under overall. He won the tournament which meant he earned a two-year PGA Tour exemption and a $1.152 million first-place check.

Matthew Wolff is only the third player to win an NCAA title and PGA Tour event in the same calendar year. The other two were Tiger Woods and Ben Crenshaw.

As of 2022, Matthew Wolff net worth is estimated to be $4 million. He is just the start of his professional career. He will earn more as he takes part in Majors tournaments.

Bernd Wiesberger Net Worth: How Rich is the Austrian Golfer?

Future is an American rapper, singer, and songwriter who is best known for being one of the most influential figures...