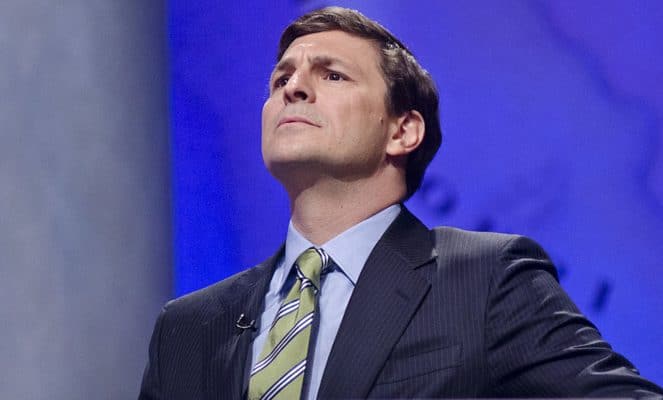 David H. Faber is an American journalist and market news analyst for the popular television network CNBC. He has been working in this industry for more than 20 years and is currently the co-host of the morning show called Squawk on the Street. As of 2022, David Faber net worth is estimated to be around $18 million.

David Faber Net Worth and Career

Faber initially worked for a magazine called Institutional Investor for seven years. Then in 1993, he would start working for CNBC. Over the years, Faber would become an integral part of the team that produced the content for CNBC even getting the nickname of “The Brain” within the corporation because of his analytical abilities.

In the 2000s, Faber started to host several documentaries about corporations. His work was especially praised regarding the content that was created about Wal-Mart and eBay.

For the documentary called The Age of Walmart, he even won the 2005 Peabody Award as well as the Alfred I. DuPont-Columbia University Award for Broadcast Journalism. Furthermore, for his work with House of Cards, he also shared the Gerald Loeb Award for Television Enterprise business journalism in 2010.

At the start of 2007, Faber started to host the show called Business Nation which quickly started to grow in popularity. Faber has worked on breaking down the analysis of some of the biggest business stories including the deal by Disney to buy most of the assets owned by Twenty-First Century Fox.

Faber is now set to be the guest host of the classic game show called Jeopardy! The show has been airing since 1984 and has produced more than 8000 episodes.

David Faber is married to Jenny Harris who is also in the field of journalism. She identifies herself as a business journalist and a television producer. Jenny is the daughter of Jay Harris who is a lawyer for Hall Dickler Kent Goldstein & Wood and actress Marie Masters.

As of 2022, David Faber has an estimated net worth of $18 million. He earned a majority of that money as a financial journalist and also investing in several businesses. He has also written several books which might have contributed massively to his net worth.

Sal Magluta Net Worth: How Rich is the Drug Lord Actually?

Giannina Gibelli Net Worth: How Rich is ‘Love Is Blind’ Star?