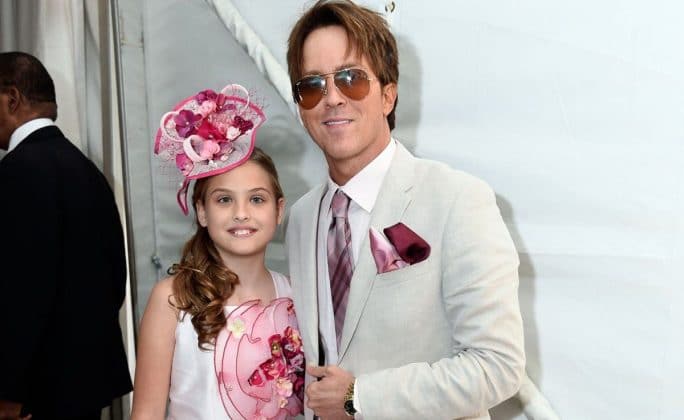 Dannielynn Birkhead was born Hannah Rose Marshall Stern on the 7th of September, 2006 in Nassau, The Bahamas. Her mother, Anna Nicole Smith was a famous playboy model, who died of an accidental drug overdose when she was five months old. She lost her half-brother, Daniel Smith, when she was just three days old.

After Dannielynn’s birth, several men claimed to be her father. Though, her mother, Anna Nicole Smith gave her a name after her then-live-in partner, Howard K. Stern. However, other men also claimed that they were the real father of Dannielynn. The name of other men who were asking for her custody includes Anna’s bodyguard, Alexander Denk, German-born socialite, Frederic von Anhalt, and a freelance photographer, Larry Birkhead.

However, in the end, the freelance photographer, Larry Birkhead was proved as the real father of Dannielynn. He was named her real father after going through the DNA test. Then, Birkhead was added to her surname, and Larry was given her custody. Since then, Dannielynn has been staying by her father’s side, and she has been attending the Kentucky Derby with him since 2008.

You May Also Like:   Tasha Smith Net Worth: How Rich is the Actress Actually in 2022?

Dannielynn competed at the modeling campaign for the Guess Kids when she was just six years old. The co-founder of Guess Kids stated that Dannielynn had the same playful spirit on the set as her mother.  Birkhead has appeared in several television shows. In 2007, she made an appearance in the entertainment news program, Access Hollywood. She appeared on the TV show for five years.

Likewise, she appeared for five years in another TV show “Entertainment Tonight” from 2008 to 2013. Her other TV show appearance includes “The Millionaire Matchmaker”, “Celebrity Wife Swap”, “Steve Harvey”, “ABC.com”, and “Inside Edition”.

Dannielynn Birkhead went through surgery when she was 16 months old. She was found to have the problem of strabismus in one of her eyes. The 15 years old young lady is believed to be presently single. She seems to like her private life secret. Birkhead has even made her Instagram account private.

As of 2022, Dannielynn Birkhead’s personal wealth is estimated to be around $3 million. As per the reports, Dannielynn was about to receive a $450 million inheritance from J. Howard Marshall’s estate. However, the latest court ruling has canceled the inheritance after Marshall’s son appealed to the court that his father has never promised to leave everything to Anna Nicole Smith.

Keshia Knight Pulliam Net Worth: How Rich is the Actress Actually?

Suzanne Somers Net Worth: How Rich is the Actress Actually in 2022?