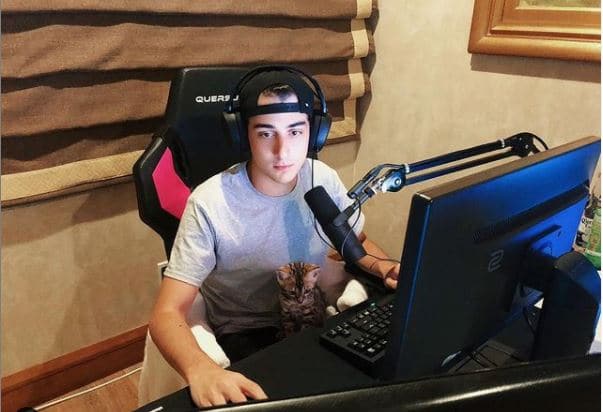 Dennis Lepore, who is better known by in-game name Cloakzy, is an American professional gamer, Twitch streamer, and Youtuber. He is most known among his subscribers for playing the game Fortnite: Battle Royale. As of 2022, Cloakzy net worth is estimated to be around $1.8 million.

Cloakzy loved gaming from a young age and it is this passion that led to him considering taking gaming as a career. The arrival of Twitch as a platform for gaming helped Cloakzy gain popularity in his early days.

Cloakzy Net Worth and Career

Cloakzy’s skills in gaming helped him to start playing professionally by being associated with H1Z1. He also partnered with the team of KnightsGG. Cloakzy has established himself playing Fortnite where he even established a world record by having 34 eliminations which were the highest in a single game.

This became the tipping point from where his popularity skyrocketed. Soon, Cloakzy would become a part of the FaZe clan where he would develop a partnership with other growing gamers such as Tfue and 72hrs. The trio was a big success and they participated together in several tournaments as well.

Yet, Cloakzy was having problems internally with FaZe regarding the contracts as he believed that FaZe was getting an unfair amount of value from the contract. He even mentioned once how he is surprised on why he signed the contract with the kind of agreements that were present. He left FaZe in 2019.

Yet, his followers were most disappointed when Cloakzy had a dispute with his gaming partners Tfue and 72hrs. Tfue made first made public how the three of them were separately offered a brand deal to play the game Madden. However, they were playing in the trio champion series at the time.

Tfue refused the deal because he thought that they were going to play the trio champion series. However, Cloakzy and 72hrs had taken the deal which left Tfue missing out on $140,000. Cloakzy and 72hrs mentioned how they expected Tfue to take the deal and even went as far as to call him an idiot for not taking it. Tfue found this incident unforgivable. Cloakzy has focused on his streaming for now having more than 2.6 million followers on Twitch.

Cloakzy has been in a relationship with Alexia Raye for a couple of years. She is also a Twitch streamer and has more than 350k subscribers on her channel. Furthermore, she also has a blog that is focused on food and recipes. The couple has created streamed together on multiple videos in Twitch.

As of 2022, Cloakzy has accumulated an estimated net worth of $1.8 million. A big part of his earnings is through the subscriptions and ad revenue he receives from Twitch. Furthermore, Cloakzy also gets brand deals directly from brands and participates in tournaments that have a prize pool.

You May Also Like:   Neekolul Net Worth: How Rich is the Social Media Star Actually?

Davine Jay Net Worth: How Rich is the Social Media Star Actually?

CouRageJD Net Worth: How Rich is the Streamer Actually in 2022?