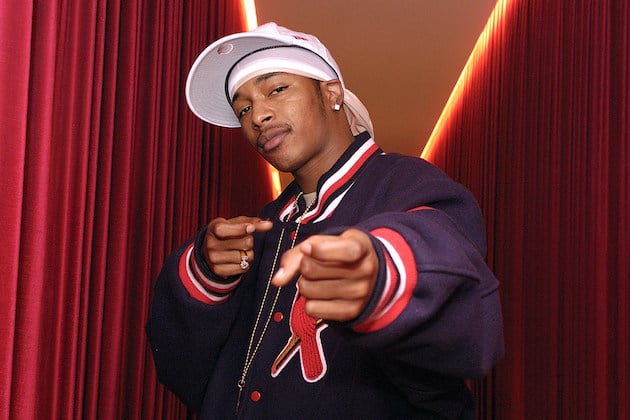 Chingy is an American rapper, actor, and songwriter from St. Louis. He is best known for his hit songs, Right Thurr”, “Balla Baby” and “One Call Away”. In addition, he is well-recognized for his albums, Jackpot and Powerballin’. Chingy recently shared his frustration for being named as one of the 50 Worst Rappers of All-Time list that was shared on August 26, 2022. As of 2022, Chingy net worth is roughly around $2 million.

Chingy was born in March 1980 in St. Louis, Missouri. He spent his childhood days in Walnut Park. His mother’s name is Vernita Crawford. He has not shared any details about his father and siblings. Chingy attended McClure North High School in Florissant. In high school, he was famous as Howie among his friends.

Chingy started writing lyrics at 9 years of age. He began recording raps when he was 10. Earlier, he was known as H THugz and was performing on 49 Productions in the St. Louis group, Without Warning. Along with the group, he recorded a song, What’s Poppin Off. The single became a local hit. Then, Chingy was signed to the record label, Disturbing Tha Peace by record executive, Ludacris and his manager, Chaka Zulu.

Chingy released his first album, Jackpot in July 2003. The album was released on Ludacris’ Disturbing tha Peace. However, later Ludacris negotiated the deal on distributing the album through Capitol Records. The album received a good response from critics and was certified Platinum within a year by the RIAA. In November 2004, he released his second album, Powerballin’. The album featured the hit song, Balla Baby. In March 2005, the album was certified Platinum by the RIAA.

You May Also Like:   Safaree Samuels Net Worth: How Rich is the Rapper Actually?

Chingy came up with his third album, Hood star on September 19, 2006. The album included his summer song, Pullin me Back which helped his album peak at the eighth spot on the album chart. Afterward, he released his fourth studio album, Hate It or Love It on December 18, 2007. The album sold 30,000 copies and debuted at 84 on the Billboard 200.

Chingy released a mixtape, Jackpot Back on March 3, 2012. Prior to that, he announced on releasing his fifth studio album, No Risk No Reward in 2012. However, the album was announced to be delayed due to a lack of funding in June 2016. Chingy dropped the music video for his song, King Judah in the Spring of 2013. Chingy was signed to Bungalo Records in 2017. He has most recently dropped an EP album, Chingoogy.

Besides his rapping career, he has also appeared in several movies and TV shows. He has made appearances in various TV shows such as George Lopez, One on One, Punk’d, Yo Mamma, Caramel, Couples Therapy: Season 3, and Louis Jackpot. Likewise, he has appeared in the movies, The System Within, Scary Movie 4, Psycho, Speed-Dating, and Polish Bar.

Chingy has been married to a model, Adrienne Anderson Bailey since 2005. Together, they share two kids. Previously, he was linked up with actress, Keshia Knight Pulliam. In August 2022, he was included on a list of the 40 Worst Rappers of All-Time List. The rapper showed his frustration over the list and shared that his 50 million records are more than enough to keep his name off the worst rapper list.

You May Also Like:   SpotemGottem Net Worth: Height, Age, Career, Bio & More

Chingy further called the Worst rapper list invalid and stated that it should be deleted since the list doesn’t include the entire world’s 7 billion strong population. Not only that after he saw the list, but he also listened to one of his old songs which made him wonder how anyone could say him one of the worst.

Chingy’s net worth is estimated at around $2 million as of 2022. He has earned a vast chunk of the amount from his music career. Chingy is also the founder of the Full Dekk Music Group which he founded along with his manager, San Wright. As of now, the music group includes the singers, L Frost, Mr. 915 Lil Bit, Young Swift, Soulo, and Krystle. In September 2022, Chingy promoted and officially sold his first-ever cologne on the online platform, TalkShopLive.

Edot Baby Net Worth: How Rich was the Rapper Actually?

Yung Joc Net Worth: How Rich is the Rapper Actually in 2022?