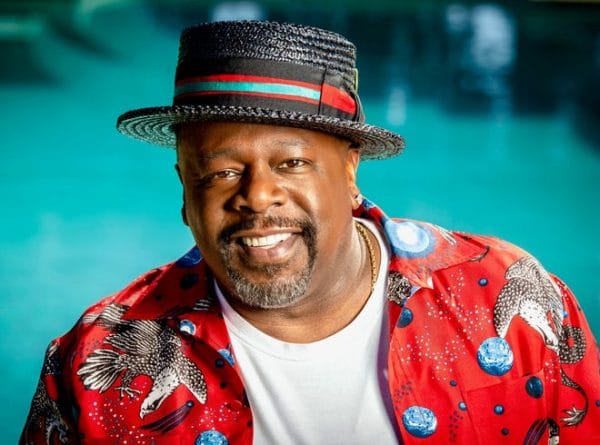 Cedric Antonio Kyles, better known as Cedric the Entertainer is a famous American actor, director, stand-up comedian, and game show host. He is best recognized for appearing in the 2001 documentary concert movie “The Original Kings of Comedy”. As of 2022, Cedric the Entertainer net worth is estimated to be roughly $25 million.

Cedric the Entertainer was born Cedric Antonio Kyles on the 24th of April, 1964 in Jefferson City, Missouri, United States. He was born to his parents, Kittrell and Rosetta Kyles. His dad, Kittrell used to work at the Missouri Pacific Railroad, and his mom, Rosetta was a school teacher. He grew up with a younger sister named Sharita Kyles Wilson.

Regarding his education, he went to Berkeley High School. After completing high school graduation, he attended Southeast Missouri State University from where he majored in communications.

Cedric the Entertainer Net Worth & Career

Cedric was interested in acting since his early childhood days, and he had decided that he would be pursuing a career as an actor from the beginning. Though, in the early stage of his life, he has worked as a substitute high school teacher, and a State Farm Insurance Claims.

Cedric took the first step towards his acting career by giving an audition for the role of The Cowardly Lion in the 1995 musical theatre play “The Wiz”. Later on, he appeared in the TV sitcom “The Steve Harvey Show”. Since his struggle days, he has made an appearance on numerous TV shows.

Cedric’s most noticeable small screen appearances came in the TV shows “The Proud Family”, “Wild ‘n Out”, “Hot in Cleveland”, “The Soul Man”, “Who Wants to Be a Millionaire”, “The Last O. G.”, and “Power”. He is currently playing the lead role of Calvin Butler on CBS’s TV sitcom “The Neighborhood”.

He has also been impressive in the movies. His most appreciable movie performance came in the 2000 released documentary concert movie titled “The Original Kings of Comedy”. He was also a writer of the movie. Cedric has shown his exceptional acting skills in other movies like “A Haunted House 2”, “Barbershop: The Next Cut”, “Why Him?”, “Poor Greg Drowning”, “Son of the South”, and “The Opening Act”.

Cedric has recently hosted the 73rd Primetime Emmy Awards. On the Award show, he rapped on the late Biz Markie’s hit number “Just a Friend”. He was able to make bring a smile to the audience’s face with his funny hosting by making jokes on few current event headlines and tonight’s nominees. He was also very impressed with his extraordinary monologue.

Cedric the Entertainer is a married man who tied the knot with a lady named Lorna Wells. The pair shares two kids together named; Croix and Lucky Rose. Besides that, he is a father of a daughter named Tiara, who was born from his previous relationship

You May Also Like:   Paul Mooney Net Worth: How Rich was the Comedian Actually?

Cedric the Entertainer Net Worth

As of 2022, Cedric the Entertainer’s personal wealth is estimated to be around $25 million. He has bagged the vast chunk of money from his involvement in the entertainment industry for over three decades. Cedric is also an owner of the production company called Bird and a Bear Entertainment, which has produced his directorial debut “Dance Fu” in 2010.

Dane Cook Net Worth: How Rich is the Comedian Actually in 2022?

Michael Winslow Net Worth: How Rich is the Police Academy Star?