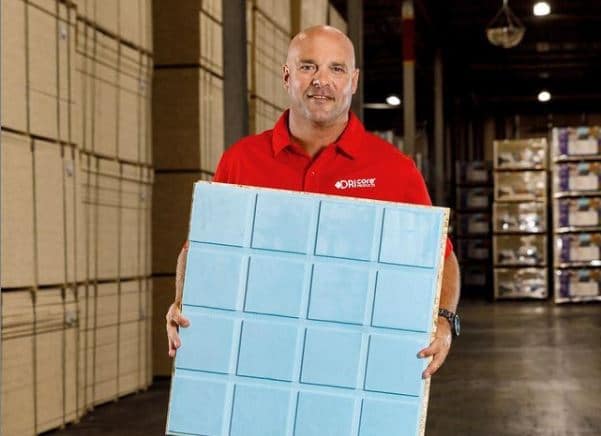 Bryan Baeumler is a Canadian television host and entrepreneur who is known for the several shows that he runs which are based on home and hotel renovations. Bryan has established his name as an expert in home renovations and has written books as well as won awards for his work. As of 2022, Bryan Baeumler net worth is estimated to be around $22 million.

Bryan was born on April 18, 1974, in Ontario, Canada. His father was an aircraft engineer and watching him, Bryan was also interested in technical work such as helping them in constructing their family cottage. He got good as a handyman and at the age of 14 would start a small business helping neighbors as a handyman.

Regarding his education, he studied political science and business. He then graduateded with a B.A. from the University of Western Ontario in 1996.

Bryan Baeumler Net Worth and Career

Initially, Bryan had thought maybe he should pursue a career in law. However, he found his interest in construction and engineering where he had worked as a teenager growing up. Eventually, he would focus on an air cargo business which he would run until 2003. He also started a company called Baeumler Quality Construction and Renovations.

Over time, he became involved as a host since he had expertise in construction and renovations. One of his early shows included Disaster DIY which ran since 2007. In the show, Bryan is seen to be helping homeowners who are trying to renovate their homes themselves but are failing at it. The show was successful and ran until 2011.

He has been involved in several shows since then. The show House of Bryan was another hit show where Bryan and his family are seen building various homes. The series would even become the highest-rated series that aired on HGTV Canada in 2016. Another of his home renovation shows called Leave it to Bryan was focused on helping other people build their homes and would run until 2017.

Some of his other shows have been Bryan Inc., Renovation Island, and Canada’s Handyman Challenge. He is also the spokesperson of an app called HeyBryan which is a peer-to-peer marketplace connecting homeowners and home service providers. He has even written a book titled Measure Twice: Tips and Tricks from the Pros to Help You Avoid the Most Common DIY Disasters which was released in 2015.

Furthermore, Bryan has also won several accolades for his work including the Gemini Award where he won the Best Host in a Lifestyle/Practical Information or Performing Arts Program or Series.

Bryan is married to Sarah who is also seen in the different shows that he does helping him. Together with Sarah, they have four children together.

As of 2022, Bryan Baeumler’s personal wealth is estimated to be roughly $22 million. Bryan has become a globally known figure in home renovations which has led to a huge viewership in his shows and has helped his own business as well.

Jim Cramer Net Worth: How Rich is the Host of Mad Money?