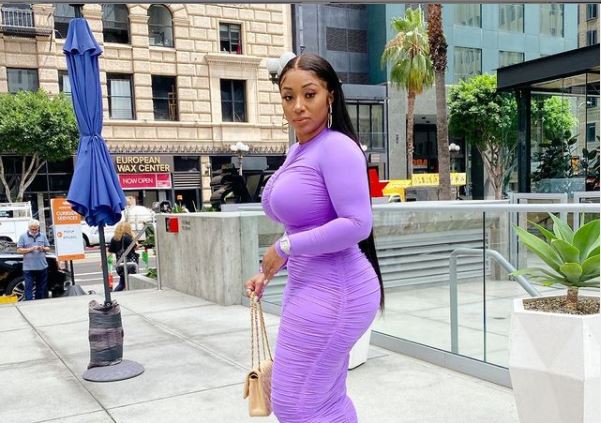 Brittish Williams Net Worth and Career

Since she was engaged with a basketball player named Lorenzo Gordon, she became eligible to become part of the reality television series called Basketball Wives LA. In many ways, the show tried to replicate the success that the Real Housewives of Beverly Hills and its franchises had.

This show gave her exposure to the public and even made her a celebrity of her own. Over the years, she was able to garner a following of 300k on Instagram as a result of this. However, nowadays she is more focused on her different business ventures.

You May Also Like:   Shane Farley Net Worth: How Rich is Giada DeLaurentis Boyfriend?

She has an online clothing store with the brand tagline of Gossip Girl and is also involved as the CEO of the business called Lux Trucking Logistics. This is an area where she is developing her expertise as in her social media post, she recently opened a webinar where she teaches all the details needed in order to start a trucking business with the webinar being priced at $750.

Brittish Williams was engaged to the basketball player named Lorenzo Gordon. However, their relationship went through a lot of ups and downs over the years. After finding out that Gordon had cheated on her when he was overseas, she decided to break up with him.

This even led to the couple appearing on the show called Marriage Boot Camp so that they could fix their relationship. They also welcomed their daughter at this time who was named Dash Dior Gordon.

Their relationship was not able to grow stronger over the years and as a result, they decided to go their separate paths with Williams taking the responsibility of raising her daughter as a single mother. Since then, she decided to even get breast implants as she wanted to improve her body.

In recent years, Williams has had several problems with the law. She was indicted on several federal fraud charges in St. Louis on September 22, 2021. Some of the charges that she was indicted on included misuse of a Social Security number, four charges of bank fraud, and also three charges of aggravated identity theft.

Some of the accusations against her included using false social security numbers to obtain loans and extend lines of credit. However, Williams has pleaded not guilty to these charges so far though it is not clear what will be the implications in the coming days for her.

As of 2022, Brittish Williams has an estimated net worth of $500,000. Her net worth arises from her appearances as a cast member in the show Basketball Wives. In order to sustain her life nowadays, her business ventures have been helping her.

Though from her social media posts, it seems that she is living a comfortable life including buying many fancy materialistic items, she has still complained about the lack of child support received through her ex-boyfriend since raising children is no cheap endeavor.