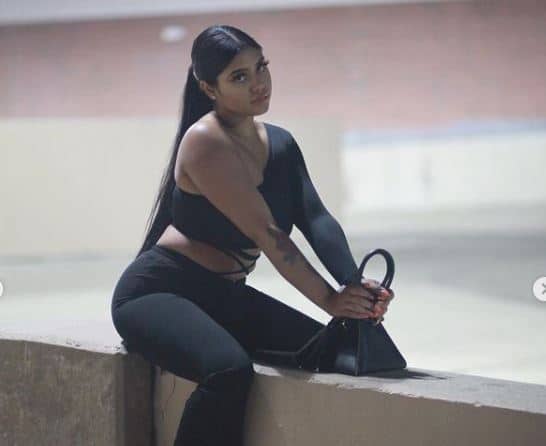 Briatney Portillo is an American dancer and Onlyfans model. She recently suffered a heart attack after following a trend on TikTok called “dry scoop” before her workout. Briatney Portillo net worth at the moment is under review. However, we expect it to be in the range of $50,000 to $200,000.

Portillo was born in Connecticut, United States of America. Not much is known about her personal life including her date of birth, parents. What we know is that she is currently 20 years old.

Portillo is available on Instagram and TikTok as @brivtny where she shares clips of her lifestyle and dancing-related sketches.

Recently, she shared a video to her TikTok account using the clown filter and sound titled “Taking a dry pre-workout scoop because I saw it trending on TikTok”. In the next video, she said: “Ending up in hospital because I had a heart attack”. The video now has received more than 2.3 million views, with many viewers sharing as a part of the awareness of the danger involved with the challenge.

According to Portillo, she tried the challenge called “dry scooping”. The challenge involves eating a scoop of pre-workout powder without mixing it with water so that the energy levels can be boosted. The name of the powder she consumed was Redcon1 Total War.

She stated that: “After I took the pre-workout, I started to feel tingly and itchy all over my body, which wasn’t a good feeling, but I googled it and it said that was a normal side effect, so I began to do my workout, I started to feel a heavy feeling in my chest and slight pain, but it wasn’t too bad. I thought it was maybe anxiety or a bad panic attack, so I decided to just ignore it and push through my workout.”

She then returned home to shower and the pain eased a little bit but she started sweating a lot and then the chest pain came back with more intense. Portillo added: “The pain went to my back and to my left arm, and my left arm went slightly limp, so I knew those were symptoms of a heart attack. I called 911 and the ambulance came”.

As she was rushed to the hospital, nurses found her troponin levels to be high meaning that she had a heart attack or her heart was stressed. The medical staff then concluded that she had an NSTEMI which tends to be less harmful to the heart than other heart attacks. NSTEMI often blocks only part of the blood supply.

Briatney is one of the several people who suffered from the dangerous TikTok challenges. Just a couple of days ago, a teen from Oregon suffered a severe burn on her face and body after she tried to do the viral Fire challenge.

We have no clear indication of what her personal fortune might be. She isn’t that popular on social media accounts like Instagram and TikTok. Her TikTok account @brivtny has only 4,100 followers while her Instagram account has over 5,000 followers. As she is an Onlyfans model, she might be earning a hefty amount of money from there. As of now, we estimate her net worth to be in the range of $50,000 to $200,000.

LeJuan James Net Worth: How Rich is the Influencer Actually?