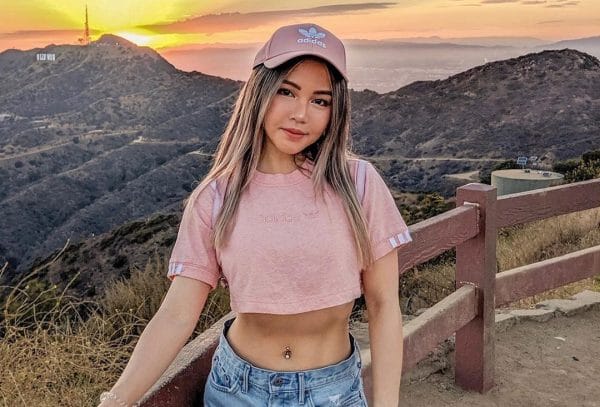 Chloe Ting is a famous YouTube star known for publishing video content related to fitness, fashion, and travel. Her YouTube channel has more than 20.5 million subscribers. As of 2022, Chloe Ting net worth is estimated to be $4.5 million.

Chloe Ting was born on April 9, 1986, in Brunei. She later moved to Melbourne, Australia after high school. Not much information is available on her family’s life including her parents’ details. What we know is that she has two brothers in her family and they still live in Brunei.

Regarding her education, she moved to Melbourne after her high school to study business statistics at Monash University. She later completed her Master’s Degree in Philosophy.

Chloe Ting Net Worth and Career in Social Media

Initially, Chloe started her career working as an actuarial analyst. Her social media career started back in 2011 when she opened her YouTube channel with a video titled “Late for School Routine, Back to School 5 Minutes Makeup, Outfit, Hair & Breakfast Ideas”.

Chloe has since then uploaded videos regularly on her channel. Some of the video content which can be found on her channel is related to a workout routine, fitness, travel, lifestyle, and beauty tips. Her video titled “Get Abs in 2 Weeks” has received over 128 million views on YouTube while another video titled “Intense Abs Workout Routine- 10 Mins Flat Stomach Exercise” has gathered massive 26 million views till now.

Her other videos like “Shredded Abs Workout| 500 Reps Ab Challenge”, “Hips Dips Workout| 10 Min Side Booty Exercises”, “Tiny Waist & Round Butt Workout| At Home Hourglass” all has over 5 million views.

In addition to YouTube, Chloe is also popular on Instagram where she posts pictures showing her magnificent lifestyle, travel, bikini pics, and fitness routine. Her Instagram account (as of May 2020) is around 1.7 million followers.

Regarding her relationship status, Chloe is in a relationship with a guy named Adrian. He can be seen on her YouTube videos as well as her Instagram posts. Looking at his pictures, he looks like an Asian guy and they have been together for a long time.

As of 2022, Chloe Ting’s personal fortune is estimated to be around $4.5 million. According to SocialBlade, her account has over 20.5 million subscribers and with that amount of followers she earns around $265.8K to $4.3 million a year or $22.2K -$350K monthly from YouTube monetization only. She also promotes brands and products on her channel and Instagram. She worked with Panasonic, among other brands.

You May Also Like:   Abbie Herbert Net Worth: Height, Age, Bio, Husband & More