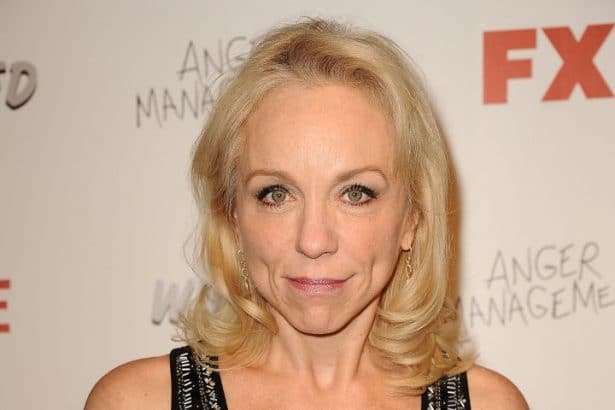 Brett Butler is an American actress and stand-up comedian. Brett is best known for appearing in the hit comedy series called Grace Under Fire where she played the title role. Yet, her career would be overshadowed because of drug addiction that highly affected her career. As of 2022, Brett Butler net worth is estimated to be around $30,000. Even though in her career, Brett was able to make millions, some poor financial decisions have made her net worth shrink drastically over the years.

Brett was born on January 30, 1958, and grew up in Alabama alongside her four sisters. She grew up in a modest family with them sometimes having to eat Tootsie Rolls for dinner.

Furthermore, her mother had depression with her husband being an abusive alcoholic. Brett would later join the University of Georgia but her stay at the university would be short. To make ends meet, she worked as a cocktail waitress.

Brett Butler Net Worth and Career

Brett was trying out a stand-up comedy where she experienced success. She even managed to make her debut on television through The Tonight Show and would later also be part of the series called Dolly. Though the series didn’t achieve much success, the role provided a much-needed experience for Brett. Yet, her big breakthrough would come when she became part of the comedy series called Grace Under Fire in 1993.

You May Also Like:   Zyra Gorecki Height, Age, Bio, Net Worth, Career & More

Brett was able to get the lead role of Grace Kelly and the entire series was based on her character which was of a divorced single mother who was previously an alcoholic. This series and its popularity kept on growing year and year with her even receiving two nominations for Best Actress – Television Series Musical or Comedy at the Golden Globe Awards.

She suffered from drug addiction and after finally becoming sober through rehab in 1998, Brett was getting back into her job. However, she was having a hard time getting a job. But it would be Charlie Sheen who was also part of Grace Under Fire who would help out Brett. Sheen helped Brett to get a recurring role in the show called Anger Management. This would lead to the start of the second chapter of her career as she went on to be a part of several shows such as How to Get Away With Murder and The Walking Dead.

Brett married Charles Michael Wilson in 1978 when she was only 20 years old. After they divorced, she married Ken Zieger in 1987 but they too would later separate.

Brett had been battling drug addiction for some time that even led to her erratic behavior on the set of the show as well. Because of this, ABC decided to cancel the series since Brett was the main character. She then went through rehab and moved to a farm in Georgia.

As of 2022, Brett Butler has an estimated net worth of $30,000. It is estimated that at one point in her career during the highs of the popularity of Grace Under Fire, Brett was making millions. However, she didn’t manage her money well mentioning how she was too trusting of some people that led to a lot of her things getting stolen and her giving away a lot of her money.

You May Also Like:   Tawny Kitaen Net Worth: How Rich was the Actress Actually?

Her financial situation is very bad at the moment as she is living in a one-bedroom apartment in L.A. One of her close friends even started a GoFundMe campaign to support Brett which has since then been able to raise about $20,000 for her survival having been six months late on rent.

Zhao Wei Net Worth: How Rich is the Chinese Actress Actually?

Marlee Matlin Net Worth: How Rich is the Actress Actually?