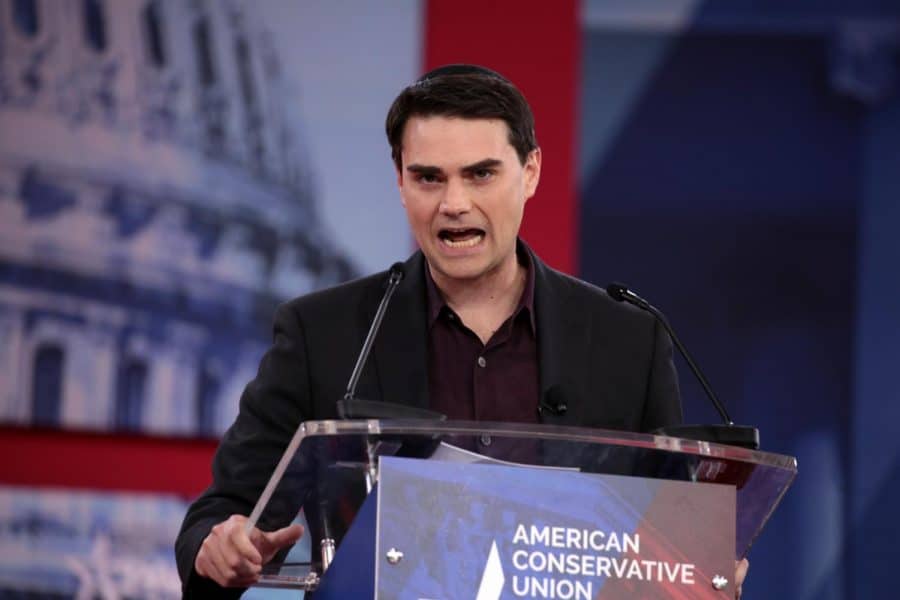 Ben Shapiro is a renowned American journalist and conservative political commentator. He is best known as a host of the syndicated radio show and daily podcast “The Ben Shapiro Show”. Ben is a founder of the media company “The Daily Wire”, where he works as editor-in-chief. As of 2022, Ben Shapiro net worth is estimated to be around $25 million.

Ben Shapiro landed on this world on January 15, 1984, in Los Angeles, California, United States. He was born into a Conservative Jewish family. His father was a music composer and his mother has worked for a TV company. Both have worked for some time in Hollywood. He has a sister named, Abigail Shapiro.

Ben completed his high school education at Walter Reed School in 2000. Later, he held a Bachelor’s degree from the University of California in 2004, majoring in Political Science. In 2007, he held a law degree from Harvard Law School.

Soon after passing out from Law School, he started working in one of the law firms of Goodwin Procter. In 2012, he founded and worked on an independent legal consultancy firm named “Benjamin Shapiro Legal Consulting”. Ben was interested in politics from a young age. In fact, at 17 years of age, he worked on a nationally syndicated column. By reaching 21, he had already written two books.

You May Also Like:   Kathy Hochul Net Worth: How Rich is the Current New York Governor?

Shapiro has worked as an editor-at-large for a far-right syndicated news website, Breitbart News in 2012. After serving for four years, he resigned as editor-at-large. Ben later, co-founded the conservative media watchdog and website “TruthRevolt”, along with his business partner, Jeremy Boreing.

Ben has also worked as a host of the radio station “KRLA-AM 870”. In 2016, he hosted KRLA’s conservative radio show “The Morning Answer”. On September 21, 2015, along with Jeremy Boreing, he founded the conservative media company “The Daily Wire”.

Shapiro became a known personality after he started hosting the conservative political podcast “The Ben Shapiro Show”. In 2019, the show became 2nd most popular podcast in the United States. In April 2018, the show started airing on the radio. Ben has also hosted “The Ben Shapiro Election Special” for Fox News, which covered news related to the 2018 midterm elections.

Ben has always been a supporter of conservative politics. He strongly opposes the Democratic ideologies. Shapiro was seen supporting Donald Trump, during the 2020 presidential election.

In 2021, Shapiro told his viewers that he won’t be running for president in the 2024 election. He said he dislikes working in the government sector and prefers his current job.

In addition to presenting his conservative views, Shapiro has also published numerous books to his name. Some of his popular books are ‘The Right Side of History: How Reason and Moral Purpose Made the West Great’, ‘How to Destroy America in Three Easy Steps’, ‘Primetime Propaganda: The True Hollywood Story of How the Left Took Over Your TV’, and ‘The People vs. Barack Obama: The Criminal Case against the Obama Administration’.

Ben Shapiro is a married man. He tied the knot with Israeli medical doctor, Mor Shapiro in 2008. The couple has 2 daughters and a son. One of his daughters, Leeya Eliana had a problem with an atrial septal defect, while she was a kid. Ben is currently living a happy moment with his family in South Florida.

As of 2022, Ben Shapiro’s personal wealth is estimated to be around $25 million. His personal fortune is growing steadily in the last few years. He has four luxurious cars worth around $600,000 and a home which is valued at around $1 million.

Corey Lewandowski Net Worth: How Rich is Political Operative Actually?

AOC Net Worth: How Rich is the New York Congresswoman in 2022?