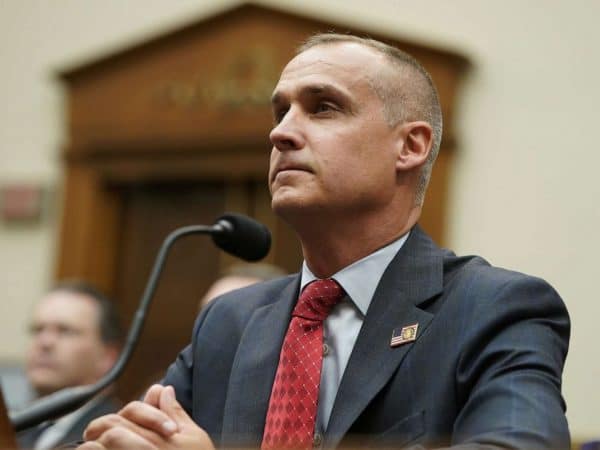 Corey Lewandowski is a 49 years old American political operative, and political commentator, who is best known for being politically associated with Donald Trump. He was appointed as the first campaign manager for Donald Trump’s 2016 presidential campaign. As of 2022, Corey Lewandowski net worth is estimated to be around $5 million.

Corey Lewandowski is reportedly no longer associated with Trump World after he was accused of unwanted sexual advances by a top Republican donor, Trashelle Odom.

Corey Lewandowski was born on the 18th of September, 1973 in Lowell, Massachusetts, United States. He belongs to Polish and French-Canadian descent. For his study, he joined the University of Massachusetts Lowell from where he earned a B. A. degree in 1995. After two years in 1997, he earned a Master’s degree in Political Science from the American University.

Corey ran for a seat in the Massachusetts House of Representatives while pursuing his undergraduate degree. However, he failed short of the 150 votes and didn’t get the victory in the party’s nomination for the ballot. Following graduation, he started working as an aide for the Republican Massachusetts Congressman, Peter G. Torkildsen.

After serving as an aide for a year, in December 1997, he started serving as an administrative assistant for United States Congressman, Bob Ney. He served Ney until February 2001 and after that, he began working as the campaign manager for the 2002 re-election campaign. At that time, he was serving for the former U. S. Senator, Robert C. Smith.

In April 2014, he met Donald Trump for the first time at a political event. After few months in January 2015, he was invited to Trump Tower where he was offered to work as a campaign manager. His motto as Donald Trump’s campaign manager was “Let Trump be Trump”.

Corey has reportedly left the Trump World after a top Republican donor, Trashelle Odom accused him of unwanted sexual advances at a Las Vegas Charity event. Odom revealed that Corey repeatedly touched her, and spoke to her in sexually graphic terms. She also said that Corey stalked her throughout the evening.

Corey Lewandowski is married to Alison Hardy. He met Alison for the first time while studying in 9th grade while Alison was in 8th grade. Corey got wed to Alison in 2005. Together they share four kids. His wife, Alison was previously married to Brian Kinney, who was murdered onboard United Airlines Flight 175 on 11th September 2001.

As of 2022, Corey Lewandowski’s personal wealth is estimated to be around $5 million. His early salary per month as a Trump’s manager was $20,000. Corey filed a $5 million lawsuit against his neighbors, Glenn and Irene Schwartz for having over access to the pond-front property in New Hampshire. Later, he resolved most of the issues related to testy property disputes with his neighbors.

Ben Shapiro Net Worth: How Rich is Political Commentator Actually?