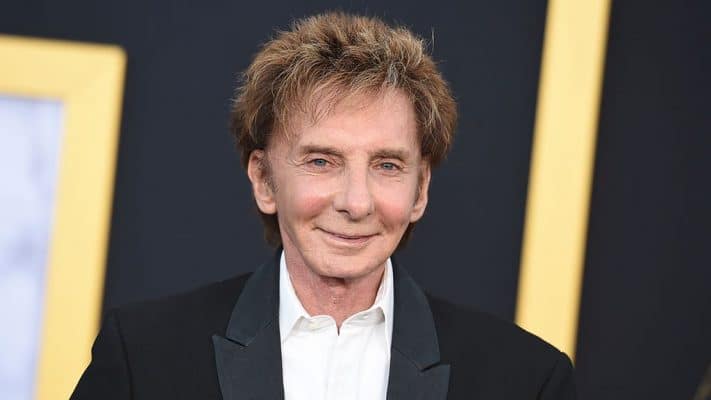 Barry Manilow is an American singer, producer, and actor. Manilow has had a successful career where he has contributed for half a century. He has sold more than 85 million records in his career which puts him in the spot of being among the best-selling artists in the world. Some of his most known hit songs include Mandy, I Write the Songs, and Copacabana. As of 2022, Barry Manilow net worth is estimated to be around $100 million.

Manilow studied at Eastern District High School and would later join the City College of New York. Manilow then went to the New York College of Music where he continued to pursue refining his skills in music. As a student, Manilow also worked for CBS to fuel his expenses.

Manilow continued improving his skills for which he became part of the Juilliard performing arts school where his studies were focused on musical theater.

Barry Manilow Net Worth and Career

In the early stages of his career, Manilow worked in different roles as a pianist and producer. He also started to write jingles during this time along with pursuing his passion for singing. Some of the jingles he created were used by State Farm Insurance, Band-Aid, and Pepsi. Manilow has mentioned that the time he spent as a writer in the jingle industry helped him a lot in his career. In 1967, he also started to become active as a musical director for a series called Callback.

Manilow started to work with the popular personalities of the time such as Bette Midler as a producer for her albums such as The Divine Miss M and Bette Midler. Over the years, he started to top the Adult Contemporary radio charts through hit releases such as The Old Songs and Read ‘Em and Weep. By 1984, Manilow was making a lot of money as well with him becoming the top draw in the 52-year history of the Radio City Music Hall when his 10 night run at the show there was able to make $2 million.

Manilow would get married to Susan Deixler in 1964 with the two falling in love in high school. However, their relationship deteriorated quickly with Manilow mentioning that his music career was coming in the way of their relationship.

Later on, in 1978, Manilow would start a relationship with Garry Kief who would later become his manager. The two would get married in 2014 after same-sex marriage became legal in California. Manilow had kept his sexual orientation a secret from the public for a long time with one of the reasons being that he was afraid that his largely female fan base would disappointingly take the news.

As of 2022, Barry Manilow has an estimated net worth of $100 million. Manilow has been able to cement his name as one of the most influential figures in music of the 20th century and has accumulated a huge fortune over this time.

Don Everly Net Worth: How Rich was Don Everly Actually?