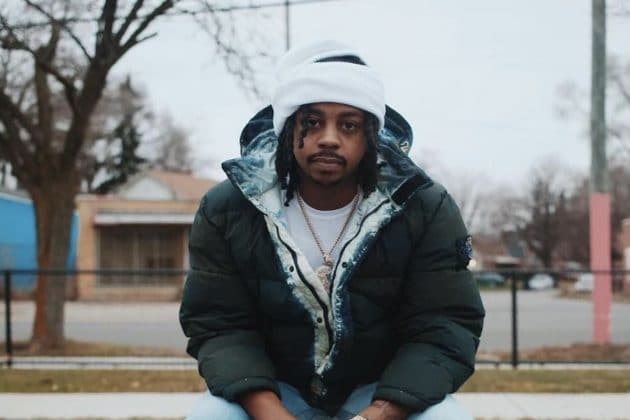 Marcellus Register, better known as BabyFace Ray is an American rapper. He is best recognized for his collaboration with G. T. titled “Gt X Mia”. Ray is also known for a mixtape titled “My Cup of Tea”. As of 2022, BabyFace Ray net worth value is calculated around $1 million.

BabyFace Ray was born Marcellus Register on February 7, 1991, in Eastside of Detroit, United States. Most of the information related to his early life has not come out yet. Though, we got to know that he grew up with older brothers in Detroit. He was interested in rapping from an early age. In fact, Ray was a part of a high school rap crew, which was lead by the rapper Peezy.

While rapping under Peezy’s crew, he started to get recognized on the East Side of Detroit. As he went on performing more rap songs with the crew, he learned some trap drums. During the time, he also worked on his voice. While rapping, he could also add a soft melody.

BabyFace released his first album titled Young Wavy on March 20, 2014. After a year, he dropped his second album titled “Mia Season” on April 19, 2015. The album helped him to establish his name in the music field. After that, he impressed audiences by releasing other music albums “Ghetto Wave”, “Trillest” and “Legend”.

You May Also Like:   Kid Cudi Net Worth: How Rich is the Rapper Actually in 2022?

On November 22, 2019, he came up with the new album titled “MIA Season 2”. The album included some of the good songs like RIP Jas, In the Game, and Too Many. The album was a sequel to his 2015 released album “MIA Season”. The sequel album, MIA Season 2 became Detroit’s one of the best albums released in 2019.

Besides working on the music album, he has also been quite impressive with releasing EPs. He has delivered some awesome songs through EPs like “Palm Trees”, “The Last One Left” and “For You”. Recently on February 12, 2021, he gave a surprise to his fans by releasing a new EP “Unfuckwitable”.

Through his new EP, he has tried to serve his fans a new taste. The EP contains the more clean and polished song, that he has never made before.

BabyFace also has a self-titled YouTube channel, where he uploads an official video of his songs. Most recently, on March 11, 2021, he released his new song titled “Real N****s Don’t Rap”. In just two weeks, the video has generated more than 1.5 million views.

BabyFace Ray has remained silent on his love life. The information about his girlfriend is still unknown. It seems that he is much focused on his career right now.

BabyFace Ray has amassed an approximate fortune of $1 million by 2022. Besides earning from sales of a music album, he also receives hefty sums from his YouTube channel. To date, he has 62.3K subscribers and has gathered 51 million views on YouTube.

24kGoldn Net Worth: How Rich is the Rapper Actually in 2022?

6lack Net Worth: How Rich is the Rapper Actually in 2022?