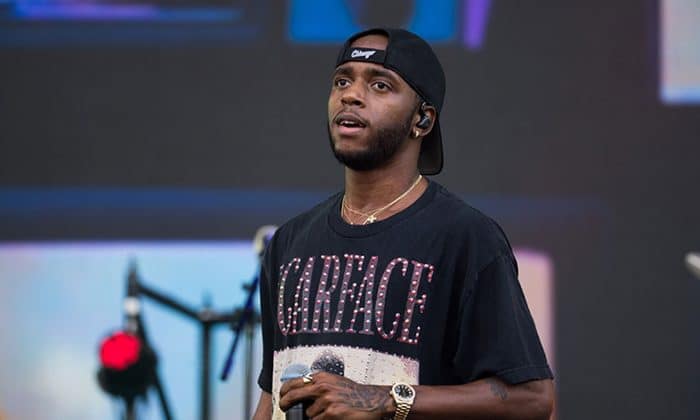 Ricardo Valdez Valentine Jr., popular as 6lack is a famous American rapper, singer, and songwriter. He is best known for his 2016 released hit single “Prblms”. 6lack is currently signed to two record labels, Interscope Records and Love Renaissance. As of 2022, 6lack’s net worth value is reported around $2 million.

6lack was born Ricardo Valdez Valetine Jr. on June 24, 1992, in Baltimore, Maryland, U. S. In 1997, he moved to Atlanta, Georgia along with his parents. He grew up with his three siblings. 6lack had a strong determination towards music since an early age. His father has his own recording studio. In fact, 6lack’s first recording experience came at his dad’s studio.

As he was more interested in rapping, he used to take part in rap battles while studying in middle school. One of his rap battle opponents was a famous rapper, Young Thug. 6lack attended Valdosta State University after school, but he left the University after signing a record deal with Strong Arm Records and International Music Group in July 2011.

6lack Net Worth and Career in Rapping

He started getting music knowledge while he was signed to his first record label. He involved himself with a record label for five years, eventually leaving in 2015 due to management and artistic license issues. After parting ways, he became a member of the musical collective, Spillage Village. He was a part of four tracks of its EP titled “Bears Like This Too”.

You May Also Like:   Rick Ross Net Worth: How Rich is the Rapper Actually?

In 2016, he was signed to the new record label company Interscope Records and Love Renaissance. On November 18, 2016, he released his first album titled “Free 6lack”. The album became a big hit which even picked its spot on Billboard 200 chart. One of the songs from the album titled “Prblms” received an overwhelming response from audiences. The single was ranked at 73rd place on Billboard Hot 100 chart. It was the first platinum-selling song of his career.

6lack was getting recognized all over the place with the release of several hit singles. On June 24, 2020, he released a song titled “Float” on the special occasion of his birthday. After two days, he released his EP titled “6pc Hot”. Most recently, he has collaborated with singer Lil Tjay and released s song titled “Calling My Phone”.

6lack is currently dating a singer, Quin. In 2019, the couple released the song Mushroom Chocolate. Their relation became public after they worked together on the song. 6lack has been quite open about his relationship with long-time girlfriend Quin. He is mostly seen sharing the picture of his beloved lover on his Instagram.

Starting 2022, 6lack has amassed a huge net worth value of $2 million. He has generated a big sum all from his music career. The rapper also owns the hot sauce brand, 600 Degrees Original. He must be earning some hefty amount from his business venture as well.

BabyFace Ray Net Worth: How Rich is the Rapper Actually in 2022?