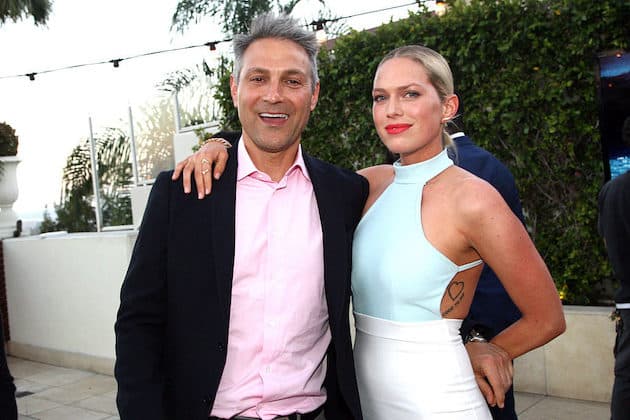 Ari Emanuel is an American businessman and talent agent. He is best known for being the Chief Executive Officer of Endeavor. Previously, he served as a founding partner of the Endeavor Talent Agency. In October 2022, Emanuel called on businesses to stop working with rapper, Kanye West over his antisemitic comments on social media. As of 2022, Ari Emanuel net worth is roughly around $450 million.

Ari Emanuel was born in 1961 in Chicago, Illinois. He was born to Dr. Benjamin M. Emanuel and Marsha Emanuel. His father is a pediatrician and his mother was a civil rights activist.

Emanuel was diagnosed with ADHD and dyslexia when he was in third grade at school. He was taught by private instructors at home. In fact, his mom used to help him read for many hours.

Ari shifted his place to Los Angeles in 1987 and took an initial step toward the entertainment industry. While staying in Los Angeles, he joined the Creative Artists Agency (CAA) and completed a mailroom training program. Earlier, he worked as a partner at InterTalent. Then, he became a senior agent at ICM Partners (ICM).

Emanuel was named to Fortune’s Businessperson of the Year list along with Patrick Whitesell. Additionally, he was described as a mogul and power player in Hollywood. He was mentioned as one of the biggest guns in the consolidating entertainment business in Fortune’s May 2013 article.

You May Also Like:   Kenneth Feinberg Net Worth: How Rich is the Attorney Actually?

Ari along with a group of fellow ICM TV agents came up with a plan to form their own agency in 1995. Jeff Berg, the ICM Chairman initially discovered the plan, and eventually fired the four agents on the spot. Later, the four launched Endeavor on March 30, 1995. Within a quick time, the agents were able to represent a top roster of talent including Adam Sandler, Ben Affleck, Hank Azaria, Matt Damon, Christian Bale, Kevin James, Sacha Baron Cohen, and David Spade. Then in April 2009, Ari orchestrated Endeavor’s takeover of their rival 111-year-old agency, William Morris with a stellar reputation.

Thereafter, the Federal Trade Commission approved the takeover and ultimately created a new super-agency of sorts. After the William Morris Endeavor was approved, it instantly posed a threat to the market dominance of CAA. Then in 2013, Endeavor went for the acquisition of IMG for $2.4 billion, which was backed by the private equity firm, Silver Lake. Emanuel and his other partners received a 47% stake, while Silver Lake received a 51% stake in the newly formed media agency.

At the time Silver Lake made an investment, Emanuel along with his partner, Patrick were given 10-year employment contracts that reportedly paid annual base salaries of around $10 million. Along with his business venture, Ari has also hosted fundraisers for the Democratic Party. In addition to that, he made a donation of $2,700 in the 2016 U. S. Presidential election to Hillary Clinton.

Ari Emanuel was married first to his girlfriend, Sarah Hardwick Addington. He tied the knot with Sarah in 1996. Together, they share three sons. Emanuel stayed together with his first wife for 20 years, which ended with divorce at Los Angeles County Court. Then, he exchanged wedding vows with fashion designer, Sarah Staudinger in May 2022. His second wife is the founder of the Los Angeles label, STAUD.

Emanuel came into the controversy in April 2022 after an agent, Sandra Epstein accused Endeavor Agency. The accusation brought Epstein and other Endeavor employees against him. Emanuel was accused of allowing a friend to operate a pornographic website in the court filings. Epstein also alleged Emanuel of making racist and anti-gay remarks. In the end, the claims were settled for $2.25 million.

In October 2022, Ari called on businesses to stop working with rapper Kanye West after he said he was going to go to death con 3 on JEWISH PEOPLE. Kanye West was also locked out of Twitter and Instagram after he said that. After the statement, some companies have already cut ties with Kanye West and his Yeezy apparel brand.

Ari Emanuel’s net worth is estimated to be around $450 million as of 2022. He purchased a $9.8 million house in Los Angeles in 2015. That same year, he added a $16.55 million property in the Brentwood neighborhood of LA. In October 2020, he bought a $27.5 million worth house in Beverly Hills California.

David Green Net Worth: How Rich is the Hobby Lobby’s Founder?

Dietrich Mateschitz Net Worth: How Rich was Red Bull Co-owner?