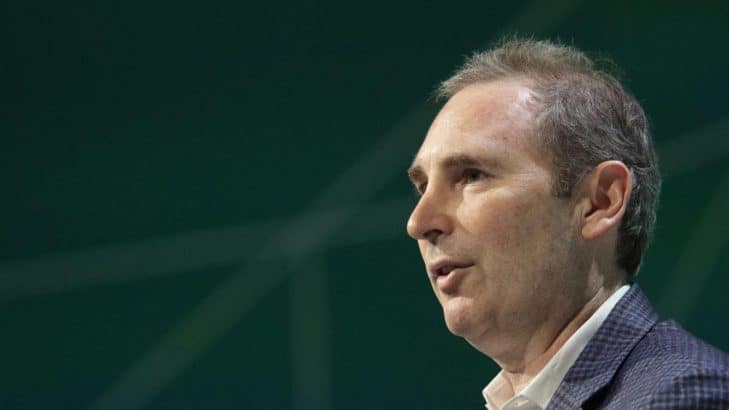 Andy Jassy is an American businessman who is currently the CEO of Amazon. He has also led Amazon Web Services since it was started in 2003. Andy was confirmed as the new CEO of Amazon on May 26, 2021, at the company’s annual shareholder meeting.  He will be replacing Jeff Bezos as a CEO on July 5. As of 2022, Andy Jassy net worth is estimated to be around $400 million.

Andy has briefly worked as an advertising manager of Harvard University’s daily student newspaper “The Harvard Crimson”. After some time, he attended Harvard Business School, from where he received an MBA degree. Though, he worked at different companies before earning an MBA degree from the Business school. He has also served as project manager for the collectibles company, MBI.

You May Also Like:   Gisele Brady Net Worth: How Rich is Tom Brady's Wife Actually?

Andy became associated with Amazon in 1997 along with some of his Harvard MBA colleagues. He was initially working as a marketing manager at Amazon. In 2003, Andy and Jeff Bezos developed an idea on creating the cloud computing platform, which would be called “Amazon Web Services (AWS)”. The platform eventually launched in 2006, and since its inception, he has headed the AWS.

Jassy was earlier working as a senior vice president at the AWS. However, soon, he was promoted to CEO of the company in April 2016. He was receiving a base compensation of $175,000 in 2020. Andy additionally received a restricted stock of 4,023 shares which would be vested at the beginning of 2023. In April 2018, he received a restricted stock award for 10,000 shares.

Andy Jassy is married to fashion designer Elana Rochelle Caplan. He tied the knot with his wife Elana in 1997. The pair shares two kids from their conjugal relation. They are currently residing at their 10,000 square foot house based in Capitol Hill. Andy bought the house for $3.1 million in 2009.

You May Also Like:   Dana White Net Worth: How Rich Is the UFC President in 2022?

Brandon Fugal Net Worth: How Rich is Skinwalker Ranch’s Owner?

Mark Stidham Net Worth: How Rich is the LuLaRoe’s Owner Actually?