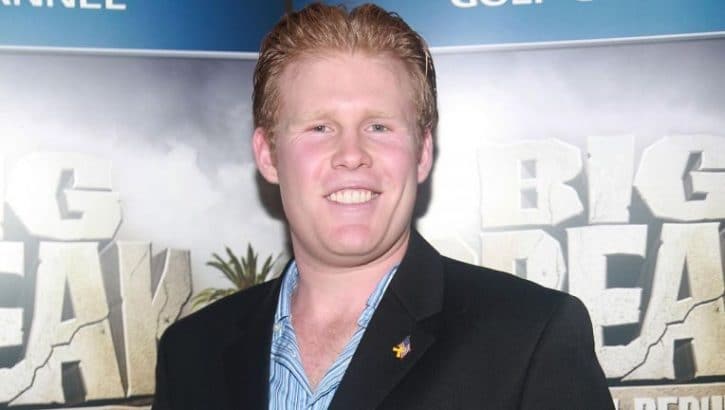 Andrew Giuliani is an American government official who has worked under former President, Donald Trump. He has worked as a special assistant under Trump’s Presidential time. Andrew is also known as the son of former New York City major, Rudy Giuliani. He is also an amateur golfer. Andrew Giuliani net worth is estimated to be in the range of $2 million to $4 million.

Guiliani is currently in limelight for his recent announcement of running for 2022’s Governor of New York against Andrew Cuomo.

Andrew Giuliani stepped into this world on January 30, 1986, in New York City, New York, United States. He is the son of former Mayor of New York City, Rudy Giuliani. His father, Rudy is Donald Trump’s personal attorney. He has a younger sister named Caroline, who is a filmmaker and political activist.

Andrew was raised by his mother Donna Hanover after his parents separated by divorce in 2002. For his study, he attended Saint Joseph Regional High School. Later, he joined Duke University, where he received a Bachelor of Arts Degree. After completing his college education, he served for CapRok Capital, as a sales intern.

Giuliani is a blessed golfer, who played at Buick Classic when he was just 15 years old. He got an opportunity to play with Tiger Woods there. In 2005, he competed at an amateur golf tournament, held at Plainfield Country Club. He was able to get victory in the tournament, becoming one of the youngest golf champions in the Tournament’s history.

You May Also Like:   Don Gaetz Net Worth: How Rich is Matt Gaetz's Father Actually?

He continued his good form in 2006 and registered victory at Bergen County Amateur tournament. While studying at Duke University, he was included as a member of the University’s golf team.

At that time, he had a wish of playing as a professional golfer. Though, his wish turned into a nightmare, after the new coach gave him a rank of 12 out of 14 players. He was notified as one of the worst players, for breaching the team’s discipline. He sued the University in 2008, which ran for two years, ultimately the lawsuit canceled in 2010.

In 2009, he played as a professional golfer at Ridgewood County Club. He won the 94th Metropolitan Open, which was the first victory as his professional golfer. Andrew competed at Korn Ferry Tour, held in Georgia. Though he missed the cut at the tour event.

Andrew started a new venture of his career in 2017, working under Donald Trump’s administration in the Office of Public Liaison. He was hired to work as an Associate Director. After two years, he was promoted as Special Assistant of Trump.

Giuliani was a regular golf partner of former President Trump. He used to play golf with Trump, while he started working at the White House. He was even named as Trump’s golf buddy and most regular playing partner by Irish Times in January 2020.

Recently, Andrew made the confirmation on the news that he is running for New York’s governor in the 2022 gubernatorial election. In 2020, there was news that he is not happy with Mayor Bill de Blasio’s policies.

Andrew Giuliani is married to real estate account executive, Zivile Rezgyte. He tied the knot with Zivile on 14th July 2017, at Yankee Stadium. The couple shared the wedding vows at the Church of St. Joseph in a Catholic Ceremony. He has previously dated Olympic gold medalist, Sarah Hughes during the years 2010 and 2011.

As of 2022, Andrew’s personal wealth falls in the range of $2 million to $4 million. On the other hand, his father Rudy Giuliani has amassed a whopping net worth of $45 million.

Merrick Garland Net Worth: How Rich is the U.S Attorney General?