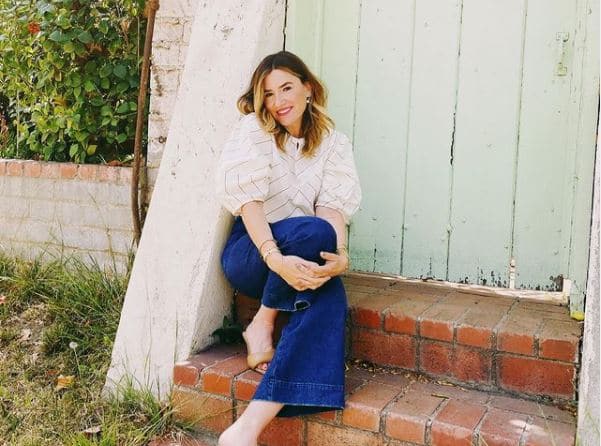 Alli Webb is a 47 years old American entrepreneur, author, and former stylist. She is best known as the founder of hair-styling chain salon, Drybar. Webb has won the CEO Achiever Award and was listed as 100 Most Creative People in Business by Fast Company. As of 2022, Alli Webb net worth is estimated to be around $100 million.

Alli Webb was born on the 20th of March, 1975 in Florida, United States of America. She became interested in fashion looking after her parents who had their own clothing business. Alli has a brother named Michael who used to work for American fashion designer, Nicole Miller.

For her study, she joined Olympic Heights Community High School. After that, she attended Florida State University. However, after studying for one year, she shifted her place to New York City. With the help of her brother, she started working for Nicole Miller in New York.

As Miller was interested in starting more stores in Florida, Alli and her brother moved to their native city and opened many stores. The two siblings worked together for some time before Webb decided to end their partnership.

She later joined The Art Institute of Fort Lauderdale. By the time, she started training in hairdressing from the known British chain of hair salons, Toni & Guy. During that time, she also got an opportunity to work under celebrity hairstylist, John Sahag.

After earning some experience, she founded a chain of hair salons named Drybar along with her brother, Michael Landau, and her ex-husband Cameron Webb in 2010. After three years, she launched a line of styling tools and products in her hair salons that helped to expand their business. By reaching 2019, she was able to spread her hair salons in more than 125 locations.

Alli has also written a book called “The Drybar Guide To Good Hair For All’, which was released in 2016. The book received a positive response, and she was named as a New York Times bestseller. Alli continued her strong bond with her brother, Michael Landau, and along with him, she created a podcast named “Raising the Bar” in July 2018. Likewise, both worked on a massage service and launched the associated app called “Squeeze” in 2019.

Webb has likewise made appeared in ABC’s business reality TV series “Shark Tank”. She was featured as a new guest shark in the reality series in 2019.

Alli Webb was married to Cameron Webb, who co-founded hairstyling chain, Drybar. She spent 16 years together with Cameron before getting with divorce in 2019. Webb mentioned that splitting from Cameron was very, very difficult and challenging. She further added, “It will knock you down”. Alli shares two kids with Cameron.

You May Also Like:   Kendra Scott Net Worth: How Rich is the Fashion Designer Actually?

The millionaire entrepreneur, Webb has found a new partner in her life. She is currently in a relationship with a life coach, Adrian Koehler. During the COVID-19 pandemic, she got to spend quality time with her new love, Adrian. She even posted a picture with him on Instagram with the caption “Quarantine love… making the best of our current reality”.

Alli Webb has accumulated a colossal net worth value of $100 million through her over-decade entrepreneurial venture. Through her dedication and hard work, she has been able to open her salon in 125 more locations. Her salon is operating under the motto “No cuts. No color. Just blowouts”.

As per sources, the famous hairstyling chain generates annual revenue of $100 million and is currently valued at $100 to $200 million. Webb was listed on Fortune’s 40 Under 40 list in 2013.

Vegas Dave Net Worth: How Rich is David Oancea Actually?

Mauricio Scott Net Worth: How Rich is Alex Drummond’s Husband?