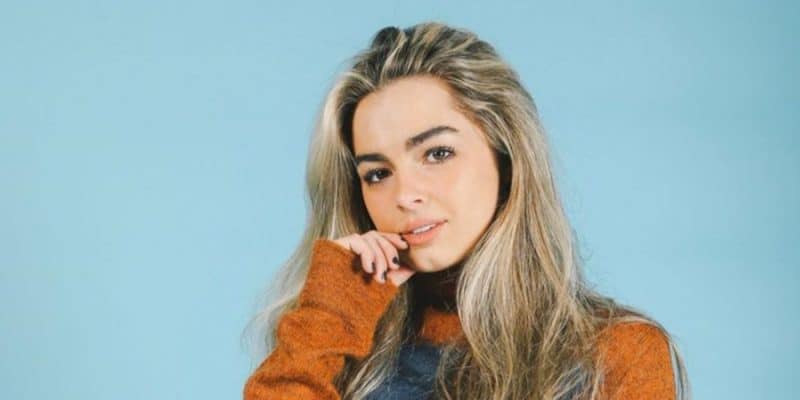 Addison Rae was born on the 6th of October, 2000 in Lafayette, Louisiana, United States. She was born to her parents, Monty Lopez, and Sheri Easterling. Addison grew up along with two younger brothers, Enzo and Lucas Lopez. She didn’t get the love of her both parents since they separated with divorce when she was too young. However, her parents reconciled and remarried again in 2017.

Addison has been interested in dancing since she was six. In fact, she has taken part in dancing competitions and showed her dancing talent all across the country. For her study, she attended Louisiana State University, where she was pursuing journalism. However, she dropped out of the University within three months to blow up her career as a TikTok star.

Addison joined TikTok in July 2019, and she started uploading her dance videos. She was able to pull the audience toward her dance videos, and within a short time, her dance videos started trending on TikTok. In December 2019, she joined the TikTok collaborated group, The Hype House.

She reached one million followers on TikTok within a few months. Then she decided to shift her place to Los Angeles. She was growing her fan base in huge numbers through her amazing dance videos. Rae also expanded her popularity by uploading videos on other platforms like YouTube and Instagram.

Besides dancing, she was also gaining notice for her singing, which eventually lead her to sign a contract with the talent agency, WME in January 2020. Later, she got to work along with American Eagle on their brand campaign of “#AExME Back to School ‘20 ads”.

Addison came up with a weekly podcast titled “Mama Knows Best” in July 2020. The podcast was made exclusive to Spotify along with her mother. She is still ruling TikTok, and she continues to make videos on daily basis. Her videos easily cross a million views. She has recently made a dance video on the song titled Beggin’ by Manikin.

Addison is also all set to make her movie debut in 2021. She will be portraying the role of Padgett Sawyer in the teen romantic comedy movie “He’s All That”. Likewise, she has made an appearance in the E! cable network’s popular reality show “Keeping up with the Kardashians”.

Addison Rae was previously dating fellow TikTok star, Bryce Hall. She slammed Hall in June 2021 for opening up about their break-up. After a breakup, she was seen spending a lot of time together with the singer, Jack Harlow. However, they never confirmed their relationship. As of now, the rumor is going around that she is dating Machine Gun Kelly’s guitarist, Omer Fedi.

You May Also Like:   Bramty Juliette Net Worth: How Rich is the YouTuber Actually?

Addison has recently grabbed the attention for posting two pictures of herself serving as a UFC reporter on Twitter. However, her debut as a red carpet broadcaster didn’t go right for some people, and she started getting negative comments for her caption “I studied broadcast journalism in college for 3 whole months to prepare for this moment”.

As of 2022, Addison Rae’s personal fortune is estimated to be around $10 million. She was reportedly the highest-paid TikToker in 2020. Addison earns an estimated amount of $1,172 to $1,954 from her sponsorship post on TikTok. She has also been earning hefty sums from endorsing brands such as Chantilly Boutique, Uptown Cheapskate, FashionNova, and McCary’s Jewelers.

Nelk Boys Net Worth: How Rich are the NELK Members Actually?

Nick Briz Net Worth: How Rich is the YouTuber Actually in 2022?