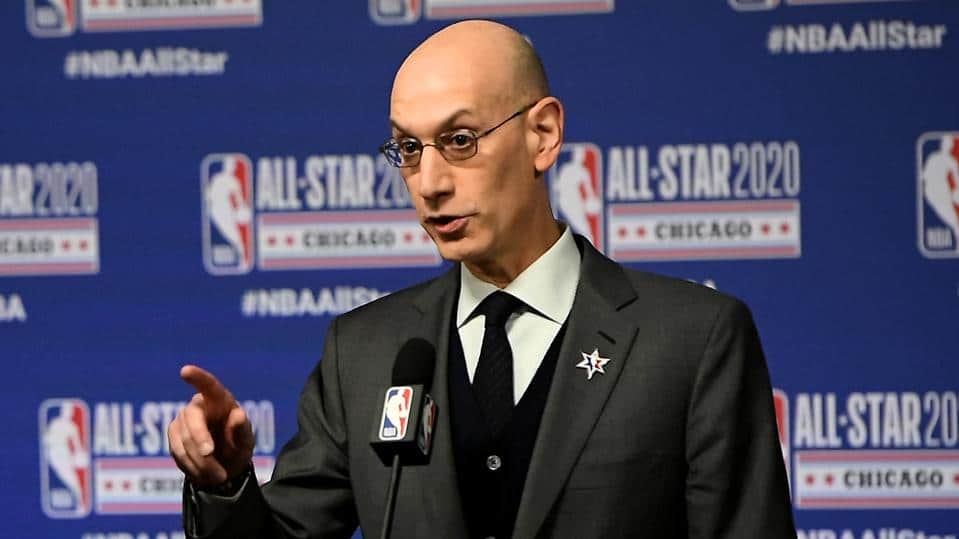 Adam Silver is a 60 years old American lawyer, businessman, and sports executive. He is currently serving as the fifth commissioner of the National Basketball Association (NBA). Adam was named the new commissioner after his mentor David Stern retired in 2014. As of 2022, Adam Silver net worth is estimated to be around $35 million.

Adam Silver was born on the 25th of April, 1962 in Rye, New York, United States. He was born to Edward Silver who was a lawyer. His father was working at the law firm, Proskauer Rose as a senior partner.

Adam had his early work experience in 1984 where he worked as a legislative aide to the politician, Les AuCoin. After graduating from law school, he served as a law clerk for the Judge, Kimba Wood. Adam then worked as an associate at the law firm of Cravath, Swaine & Moore.

After gaining few years of experience at the law firm, he was appointed as a President and Chief Operating Officer of the production arm of the National Basketball Association, NBA Entertainment. While he was serving there, he also worked as an executive producer for the IMAX movie titled “Michael Jordan to the Max”, and the documentary “Whatever Happened to Michael Ray?.

Adam dedicated eight years working as a COO at NBA Entertainment. Then, he was named NBA’s deputy commissioner. As a deputy commissioner of the NBA, he played a big role in negotiating the last three collective bargaining agreements of the leagues with the National Basketball Players Association. He was also involved in the development of the NBA Development League, and the creation of NBA China.

Silver’s name was endorsed by then NBA commissioner, David Stern as his successor on October 25, 2012. He was made the new commissioner after Stern stepped down on 1st February 2014. After few months, he banned Donald Sterling from the NBA for a lifetime. Adam took the decision after the video of Sterling having racist remarks with his girlfriend was released by TMX Sports. Sterling was also fined $2.5 million by Silver.

Adam came in favor of legalizing and regulating sports betting on November 13, 2014. The news was published in The New York Times. Adam decided to suspend the 2019-20 NBA season games due to the COVID-19 pandemic on March 11, 2020. However, three months later on June 4, 2020, an announcement of a $170 million investment in the NBA Bubble was revealed. As a part of the investment, 22 of the 30 Basketball teams would participate in the NBA Bubble. At the end of the regular season, he stated the idea of conducting the NBA Bubble was better than what they had envisioned.

You May Also Like:   Michael Darby Net Worth: How Rich is Ashley Darby's Husband?

As of 2022, Adam Silver’s net worth is estimated to be around $35 million. His contract was extended through the 2023-2024 season in June 2018. Silver would be earning a total salary of $100 million from the league. In addition to that, he would also be getting bonuses for achieving the various milestones, and revenue/expansion goals. Adam was named one of Time’s 100 Most Influential People, and Fortune’s 50 Greatest Leaders in 2015.

Brandon Blackstock Net Worth: How Rich is Kelly Clarkson’s Ex-Husband?