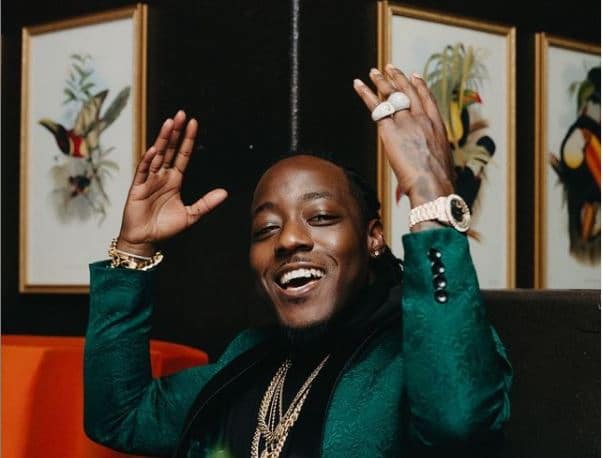 Antoine Franklin McColister, who is better known by his stage name as Ace Hood, is an American rapper. Ace Hood has released hit albums such as Trials & Tribulations along with viral singles such as Bugatti and Hustle Hard. As of 2022, Ace Hood net worth is estimated to be around $6 million.

He worked with the We the Best Music Group through which he released many of his known works but later in 2016 decided that he wanted to move his career forward as an independent artist.

Ace Hood grew up in a simple family in Florida where he was raised by his single mother. Hood studied at Deerfield Beach High School and from a young age showed an interest in football. He had the ambition to make it big as a football player and change his life.

However, his life plan would be shattered after a bad injury when he was just in 10th grade. Because of the severity of the injury, Hood decided that he was going to focus more on rap which was also one of his major interests since it was clear he would not be able to move his football career any further. Hood then became part of a group called Dollaz & Dealz which gave him early exposure in the industry.

Ace Hood Net Worth and Career

Ace Hood knew his abilities matched the expectations that were present for rappers in the music industry. In 2007, Hood made a breakthrough in his career after meeting with DJ Khaled to whom he introduced himself and his music.

After Hood was able to demonstrate that he was a major talent Khaled should not miss out on, he signed Ace Hood to his record album called We the Best Music Group. That was a great year for Hood as he even managed to make it in the acclaimed Freshmen of ’09 by XXL magazine.

This gave Ace Hood the much-needed boost in terms of exposure to fans and his music. Among his initial releases included Gutta among which the singles that caught the attention of fans were Cash Flow and Ride. In quick succession, Hood started to deliver more music including a mixtape called Ace Won’t Fold.

Furthermore, Hood was also collaborating with other rappers during this time. Among his best collaborations was in the song Out Here Grindin which managed to reach number 38 in the Billboard Hot 100. Since then, Hood has been able to have success through his albums such as Ruthless which debuted at the 23 spots in the Billboard 200 as well as the album called Blood, Sweat & Tears which included hits such as Hustle Hard.

Ace Hood was in a relationship with Shanice Tyria Sarratt. Together with Sarratt they even had twin daughters. However, they later decided to go their separate ways. Hood then started a relationship with Shelah Marie whom he made public via social media that they were engaged in 2019. A year later in February of 2020, they finally decided to tie the knot and are now married. In his interviews, Ace Hood has mentioned multiple times his belief in God and that he is a devout Christian.

As of 2022, Ace Hood has an estimated net worth of $6 million. Ace Hood has been able to accumulate a handsome fortune because of his successful studio albums that have been able to sell many copies along with the live performances that he has done throughout the U.S. for his releases.

Trina Net Worth: How Rich is the Rapper Actually in 2022?

Lil Candy Paint Net Worth: How Rich is the Rapper Actually in 2022?