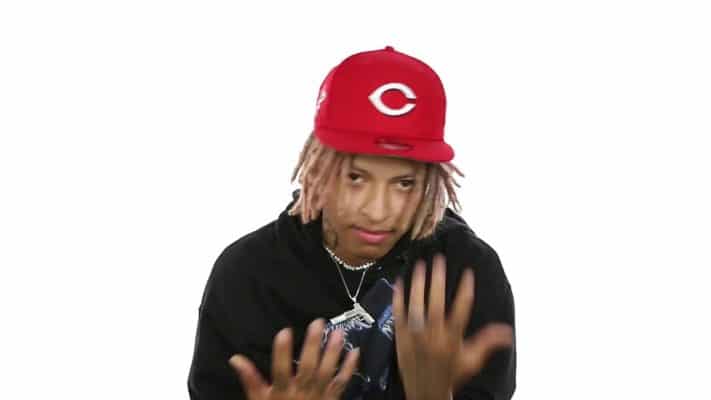 Lil Candy Paint is a 23 years old rising American rapper. He is best known in the music business for his songs “Sleet At Night”, “Bussin”, and “Chief Keef”. Lil is also recognized for his mixtape “Revenge On My Enemies”, which was released in early 2018. As of 2022, Lil Candy Paint net worth is estimated to be around $150 thousand.

Lil Candy Paint was born on the 10th of March, 1999 in Chicago, Illinois, United States. Nothing much is known about his early life, parents, and academic background. However, through sources, we came to know that he lost his father in 2012. Lil took the stage name Lil Candy Paint considering his father’s love for candy and cars.

Lil seems to be interested in rapping since he was a little kid. In one of his interviews, he has mentioned the rapper, Chief Keef, as his greatest inspiration. We are yet to figure out how and when he actually started singing. But, the rapper has posted many of his songs on his self-titled YouTube channel.

Lil started his YouTube channel on March 29, 2016. He uploaded his first YouTube music video titled “Internet Thug” on April 11, 2017. To date, the video has amassed over 929K views. In 2018, he came up with a mixtape titled “Revenge on My Enemies”. The mixtape includes seven songs. One of the songs from the mixtape titled Chief Keef featured a rapper, BandmanFari.

Lil continued to create more of his own songs and uploaded them on his YouTube channel. Some of his popular music videos on YouTube are “Look At Me Now”, “James Harden”, “10”, “Slimy”, “KAGED IN”, “Thumbs”, “Belly of The Beast”, and “Like You”. His most recent official music video titled “Sad Story” was uploaded two weeks back on October 14, 2021.

Lil Candy Paint has not shared much information about his love affairs and linkup. He is not active on Instagram either. His official Instagram account, @candypaintoca has 151k followers. He has just posted 8 posts on his Instagram.

However, through his Instagram, we’ve got a hint on his relationship status. On October 12, 2021, he shared a photo with a mysterious lady on Instagram. He captioned the Instagram post as “It wouldn’t be me if it wasn’t for u.. I’m so lost for words I’ve never felt so broken..we weren’t even done..I love u so much bra..f*** bra”.

As of 2022, Lil Candy Paint’s personal wealth is estimated to be around $150 thousand. He has been able to pull up a satisfying amount through his music career. Lil might also be earning a good amount from his self-titled YouTube channel where he has 19K subscribers and over 3 million views.

Ace Hood Net Worth: How Rich is the Rapper Actually in 2022?

Lil Boosie Net Worth: How Rich is the Rapper Actually in 2022?