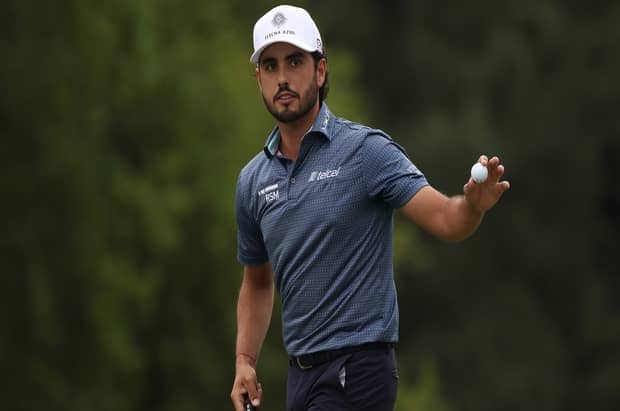 Abraham Ancer is a 31 years old Mexican professional golfer. He is mostly known for playing on the PGA Tour. Ancer has two professional wins; one PGA Tour and one Web.com Tour. He won the title of Emirates Australian Open on November 18, 2018. Abraham is currently ranked at No. 19 on the Official World Golf Ranking. As of 2022, Abraham Ancer net worth is estimated to be around $10 million.

Abraham Ancer was born on 27th February 1991 in McAllen, Texas, United States. His parents were originally from Mexico. He holds dual citizenship of America and Mexico. Abraham spent his early childhood days growing up in Reynosa, Mexico until he was 14 years of age.

Regarding his education, he has studied at Sharyland High School. After that, he studied at Odessa Junior college. He was in the first team of All-Americans at college. Ancer even competed at Junior College National Golf Championship, where he finished in second place. Later he joined the University of Oklahoma, from where he earned a graduate degree in 2013 majoring in General Studies.

Abraham continued to play golf while studying in Oklahoma. He showed his best game in the first year, where he had the 6th lowest scoring average in the history of Oklahoma. He ended his career at Oklahoma being the second golfer in all-time scoring average.

Ancer started playing as a professional golfer in 2013. However, he was not in the best form ins his early games. He finished at 35th place while playing at the final stage of Web.com Tour Qualifying School. Ancer had a good game while playing at Brasil Champions in March 2015. He finished as a runner-up at the golf tournament. Later, in July 2015, he showed his best game and came out winning the title of Nova Scotia Open.

Abraham was included in the list of Top 100 for the first time, when he had top 5 finish at Shriners Hospitals for Children Open and CIMB Classic. He continued his good game and got his first PGA Tour victory at Emirates Australian Open on November 18, 2018. In 2019, he was qualified for the 2019 Presidents Cup International team, where the U. S. team registered their victory over Internationals with 16-14.

You May Also Like:   Adam Vinatieri Net Worth: How Rich is the Retired NFL Player?

Ancer was near to get his second PGA Tour to win at 2020 RBC Heritage. However, there he just fell short with a few points and finished as a runner-up. Likewise, recently in May 2021, he finished as runner-up at Wells Fargo Championship losing by one shot to Rory Mcllroy.

Abraham Ancer is currently dating a lady named, Nicole Curtright. Nicole is currently working at Porsche Cars North America, where she serves as consumer experience and marketing director. Ancer’s lady love, Nicole is also often seen cheering him up during his tournament games.

Jack Morris Net Worth: How Rich is the Baseball Commentator?

Jon Rahm Net Worth: How Rich is the Spanish Golfer Actually?