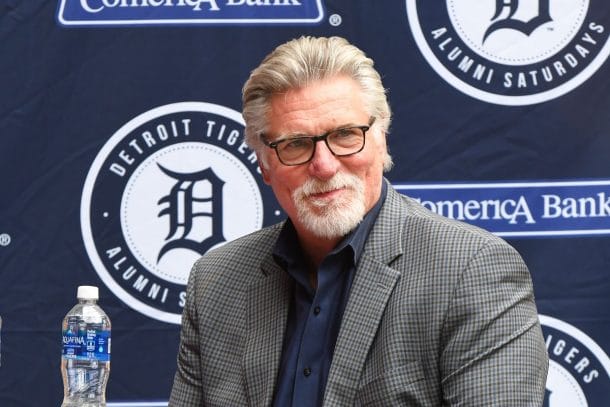 Jack Morris is a 67 years old American retired professional baseball starting pitcher. He is best known for working as a color commentator on Bally Sports Circuit for the Detroit Tigers. Jack was suspended indefinitely from his work on August 17, 2021, for making a racist comment on Los Angeles Angels star, Shohei Ohtani. As of 2022, Jack Morris net worth is estimated to be roughly $12 million.

Jack Morris was born John Scott Morris on the 16th of May, 1955 in Saint Paul, Minnesota, United States. He has not shared enough information regarding his early life. Jack was born as the only kid of his parents, Arvid and Dona Morris.

For his study, he joined the Highland Park High School, from where he held his graduation degree in 1973. Then, he studied at Brigham Young University (BYU).

Morris was playing college baseball while studying at Brigham Young University. He played for the University’s baseball team, the BYU Cougars. Morris was picked up by the Detroit Tigers in the 1976 MLB draft. He established himself as the ace of Detroit’s staff after breaking into the team’s starting rotation in 1979. Jack posted a 3.29 ERA with a record of 17-7.

In the 1981 season, Jack led the major leagues by winning 14 games. He has played 175 complete games in his career, which includes 154 games for Detroit. He racked up 21 wins in 1986, where he threw 3 consecutive game shootouts. Jack was signed with the Minnesota Twins for a one-year in 1991. He had a great season with Twins as he posted 18 wins with a 3.43 ERA.

Jack was signed with the Toronto Blue Jays following the 1991 season. With Jays, he registered 21 wins, that was the second time in his career. He set the major league record on April 6, 1993, where he made the 14th consecutive opening day start. In 1994, he was signed to the new team, Cleveland Indians. He finished the 1994 season with a 5.60 ERA and 10-6 record. Morris was about to make a comeback in 1995 with the Cincinnati Reds, however, he took a retirement during the spring training of 1995.

Though, after a year in 1996, he returned back in baseball with his hometown team, St. Paul Saints. Before he retired officially, he went for 5-1 in 10 starts and 2.69 ERA. After retirement, he started spending time working as a color analyst for Minnesota Twins. He joined the Toronto Blue Rays in 2013, where he served as a color analyst.

Morris started working as a part-time color analyst for the Detroit Tigers on February 10, 2015. It was announced in 2017 that he would no longer be doing Tiger telecasts. Though, he was made a color commentator once again for the Tigers on January 15, 2019. Recently on August 17, 2021, he made a racist comment on Shohei Ohtani during a broadcast.

After making the racist comment, he apologized for his wrong statement on-air. However, his comment was taken as a violation of Bally Sports’ bias, and discrimination polity. Due to that, he has been suspended indefinitely from the Tigers broadcast booth.

Jack Morris has been married twice. There is not much information available on his first wife. He shares two sons with his first wife. Jack then tied the knot with his second wife, Jennifer Morris. He has one son named Eric from his second marriage.

As of 2022, Jack Morris’ personal wealth is estimated to be around $12 million. He has gathered the vast chunk of money from his professional baseball career. As per sources, he is currently an estimated earning of $2.5 million in a year.

Nick Young Net Worth: How Rich is the Former NBA Player Actually?