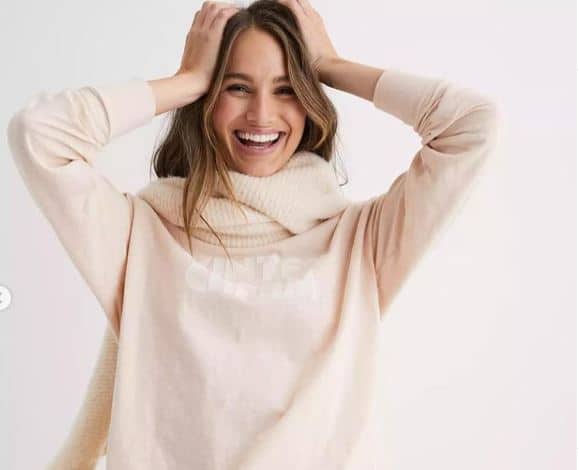 Abbie Herbert is a 26-year-old TikTok and YouTube star. She is best known for her fashion and lifestyle-related content on TikTok. Abbie also runs a YouTube channel along with her husband Josh Herbert, named “The Herberts”. As of 2022, Abbie Herbert net worth is estimated to be around $500 thousand.

Abbie Herbert was born on July 15, 1996, in the United States. Nothing is much known about her early life, parents, and academic detail.

Abbie uploaded her first TikTok video in January 2020, showcasing her dress. Surprisingly, the video went viral getting 180.2k plays and 9.7k comments. She went on to become an overnight TikTok star with her first video.

Abbie has also involved her husband Josh, in some of her TikTok videos. The video she made with Josh with the title “Joke On My Husband”, on June 23, 2020, went viral on TikTok. The video went for 12.3 million plays and received 1.8 million likes. In fact, the video was listed in the list of most liked TikTok videos.

Abbie’s TikTok account Abbieherbert_ currently has more than 6 million followers. To date, she has received around 307 million likes on TikTok. Abbie is currently making a TikTok video on her pregnancy and future baby.

Abbie is also getting recognized as a YouTube star. She has created the YouTube channel “The Herberts’ on July 3, 2015, along with hubby Josh Herbert. On the channel, the couple mainly posts videos related to their recent life update. They often make vlogs and challenge videos.

Recently, Abbie and Josh are giving updates about their future baby through their channel. They made a recent video with the title “Are We Having Twins?” on April 2, 2021. The video received over 731K views in three days. As of this writing, their YouTube channel has 911k Subscribers.

Besides being a popular TikTok and YouTube star, Abbie is also known for her modeling profession. She has been associated as a model with NEXT Models.

Abbie Herbert is married to Pittsburgh’s music artist, Josh Herbert. She tied the knot with Josh in August 2019. The couple met first time on Josh’s music video in 2013. However, they started dating in November 2015.

After being in a relationship for 4 years, they finally turned into a married couple. She is going to deliver her first twins in May 2021. Abbie confirmed the news that she is expecting twins through her YouTube channel on April 2, 2021.

You May Also Like:   Nelk Boys Net Worth: How Rich are the NELK Members Actually?

Abbie Herbert has amassed an approximate fortune of $500 thousand by 2022. She has generated a big amount from making videos on TikTok and YouTube. Abbie is also getting some amount from appearing as a Model for NEXT Models.

Emma Chamberlain Net Worth: How Rich is the YouTuber Actually?