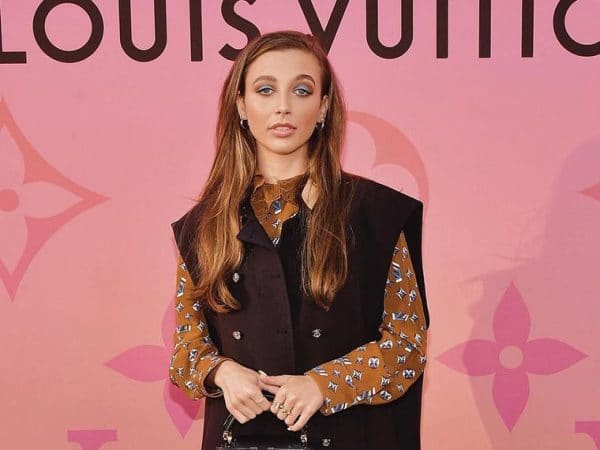 Emma Frances Chamberlain is an American Internet Personality. She is known for her Youtube channel where she has amassed more than 10.7 million subscribers and has even been named among The 25 Most Influential People on the Internet by Time Magazine. As of 2022, Emma Chamberlain net worth is estimated to be around $12 million.

Emma was born on May 22, 2001, in San Bruno, California. She studied at Notre Dame High School which was a Catholic preparatory school. During her time there, she was active as a cheerleader even being part of the California All-Stars Pink cheer team. Her parents divorcing when she was only 5 years of age had an effect on her upbringing. Since she left high school, she would graduate through the California High School Exit Exam.

Emma Chamberlain Net Worth and Career

Emma would post her first ever video on Youtube in 2017. She started to upload videos daily and soon her following started to shoot up. Her following was growing exponentially and in order to fast track that growth even more, she would collaborate with other stars such as James Charles and the Dolan Twins to form a group called The Sister Squad. This cross-collaboration was a big success that helped her subscribers to skyrocket.

By the end of 2018, Emma had managed to get herself in the Youtube Rewind 2018 thumbnail which shows her growth in popularity, especially among teenagers with her total subscribers reaching a mammoth 6 million by the end of 2018. She would then sign with United Talent Agency in order to move her Youtube popularity into a profession. Her virality helped her to be nominated for four 2018 Streamy awards.

Since 2019, she has not only done Youtube videos but podcasts as well. This podcast was originally named Stupid Genius but eventually was renamed as Anything Goes which is released on a weekly basis. Emma is seen talking on a range of topics in these podcasts. Today, her videos have been watched more than 1.3 billion times with Forbes naming her among the ’30 Under 30′ list in the Social Media category.

Emma has mentioned in an interview how she has struggled with eating disorders in the past. Emma was previously speculated to be dating Aaron Hull who is very popular on TikTok. Yet, she is currently believed to be dating Tuck Pillsbury who is a singer better known as ROLE MODEL.

As of 2022, Emma Chamberlain’s personal wealth is estimated to be around $12 million. She has utilized her large following by starting different initiatives. Emma has a clothing line which is called Low Key / High Key by Emma.

Furthermore, she also has many brand endorsement deals. Among her earliest ones was the shopping app called Dote. She also endorsed Louis Vuitton Cruise. She also has an online mail-order coffee company which is called Chamberlain Coffee.

You May Also Like:   Markell Washington Net Worth: Height, Age, Bio, Career & More