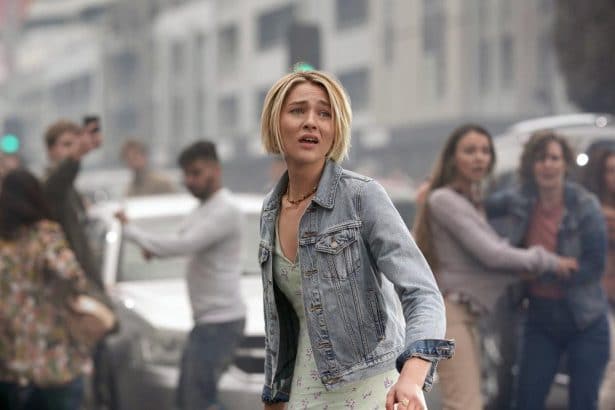 Zyra Gorecki is an American actress, who is best known for her amazing performance as Izzy Harris on NBC’s new scientific drama series “La Brea”. Gorecki is rising to prominence with her exceptional performance in the series, which started premiering on September 28. As of 2022, Zyra Gorecki net worth is estimated to be around $200 thousand.

Zyra Gorecki was born on the 4th of July, 2002 in Michigan, United States. She has not revealed enough information about her past life, parents, and academic background. However, we came to know that her mom is an engineer, and she is recovering from breast cancer.

Zyra lost her leg in a logging accident when she was just 13 years old. After she cut off her leg, she started attending Camp No Limits which was meant for Limb-difference kids.

Zyra had decided from the beginning that she would be pursuing her career as a model and actress. As she has not seen many people try to find their career as a model or actress after cutting off their leg, she desperately wanted to change that. As she was six feet tall, she had no issue following her modeling dream. She eventually went out and met an agent, who told her that she would be sending her portfolio for some acting stuff.

Gorecki was seen on the screen first time in 2016 where she appeared as a stuck pedestrian in an episode of the TV drama series “Chicago Fire”. The director of the series, Joe Chappelle helped her to make an appearance in the TV series.

Zyra got the breakthrough role of her career after she was selected for the role of Izzy Harris on NBC’s latest series “La Brea”. The makers of the series we’re looking for the role of a cool teenage girl, who is also an amputee. Zyra got through the audition of the character while one of the actor friends from her Camp No Limits sent out the email regarding the audition to all the people including her.

Zyra was eventually selected for the role after an audition. Though, her emotion was not perfect in the first attempt as she was delivering the lines with anger. When the auditioners said, “You don’t hate your family. Let’s try this again”. She worked on her emotion and auditioned again, and on the second attempt, the makers were like “All right, cool. You’re coming out to L. A.”

The much-awaited NBC drama series started premiering on September 28, 2021. Zyra is getting good responses from all around for her amazing performance in the series. She plays the character of Izzy Harris in the series who teams up with her estranged father to save her mother and brother who falls through a giant sinkhole into an apocalyptic world.

You May Also Like:   Linda Evangelista Net Worth: How Rich is the Model Actually in 2022?

ZYra Gorecki’s current relationship status is single. She hasn’t shared enough information regarding her love life yet. Zyra has not even given us a hint regarding her love affair through her Instagram. On her official Instagram, @-zyra-g, she has described herself as a “Just a one-legged girl doing her best in a big, scary world”.

As of 2022, Zyra Gorecki’s personal wealth is estimated to be around $200 thousand. She has just started achieving her dream through NBC’s new series “La Brae”. Her net worth will be big in the future after she gets more acting projects.

Nichelle Nichols Net Worth: How Rich is the Actress Actually?