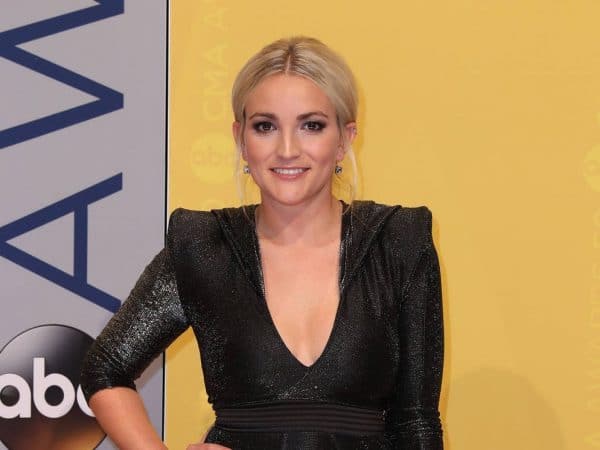 Jamie Lynn Spears is an American actress and singer, who is best known for playing the role of Zoey Brooks on Nickelodeon teen sitcom “Zoey 101”. She is also known as the younger sister of famous American singer, Britney Spears. As of 2022, Jamie Lynn Spears net worth is estimated to be around $7 million.

Jamie Lynn Spears has been staying quiet on Britney Spear’s Conservatorship case against her dad, Jamie Spears. She has recently disabled comments on her Instagram posts after Britney’s court hearing on June 23, 2021, where Britney said she wants to sue her family.

Jamie Lynn Spears was born on 4th April 1991 in McComb, Mississippi, United States. She grew up in Kentwood, Louisiana. Jamie was born to her parents, James, and Lynne Spears. She was two elder siblings, Britney, and Bryan.

Regarding her education, she has initially studied at Parklane Academy. She cheered up the academy’s basketball team, as a cheerleader, and point guard. She was continuing her study even while shooting for the movie “Zoey 101”. In fact, she completed her education through online correspondence. In February 2008, she achieved her GED from Tangipahoa Parish School System Adult Education Center.

Jamie started off her acting career in 2002, by appearing in the Paramount Pictures drama movie “Crossroads”. The movie also starred Britney Spears, who played the main character of Lucy Wagner. She appeared as a younger version of her sister in the movie, Later, she showed up in the Nickelodeon comedy series “All That”, where she portrayed various roles through two seasons.

You May Also Like:   Tara Reid Net Worth: How Rich is Tara Reid Actually in 2022?

Jamie went on to become a big star, after she signed a development deal with Nickelodeon in August 2014, to appear as the protagonist in her own TV series, which was later titled “Zoey 101”. She was seen playing the role of Zoey Brooks in the series. Jamie received huge appreciation for her amazing performance in the series. She even received a Nickelodeon Kid’s Choice Awards and Young Artist Award for her outstanding performance.

Jamie started working on a country music album in 2011. She even performed her own songs at a small concert held at the Rutledge in Nashville. She released her first song titled “How Could I Want More” on November 25, 2013. The song became a big hit, which peaked at 29th spot on Billboard’s Hot Country Songs Chart. She has also been featured on her sister, Britney Spears’s song “Chillin’ with You”.

Spears made a come back to Nickelodeon after more than ten years gap on July 13, 2018, for the game show “Double Dare”. She appeared in the game show as a contestant along with her daughter, Maddie. Jamie later reunited with the cast of Zoey 101 in an episode of the 11th season of “All That” in July 2020. She was last seen playing the role of Noreen Fitzgibbons on Netflix’s romantic drama series “Sweet Magnolias”.

Jamie Lynn Spears became pregnant at the young age of 16. She announced her pregnancy news in an interview with OK! Magazine on December 20, 2017. She was in a relationship with her boyfriend, Casey Aldridge when she became pregnant. Jamie, and her former boyfriend, Casey got engaged in March 2008, and they shifted to their new house based in Liberty, Mississippi. She gave birth to a daughter, named Maddie Briann Aldridge on 19th June 2008.

You May Also Like:   Olivia Rodrigo Net Worth: How Rich is the Singer Actually?

Jamie was in an on-and-off relationship with a businessman, Jamie Watson, with whom she got engaged in March 2013. The pair finally tied the knot on March 14, 2014. Jamie shares a daughter named, Ivey Joan Watson, with her hubby Jamie Watson.

She has been the central attention after her elder sister, Britney Spears made a statement on her recent hearing where she said she wants to sue her family. Jamie reportedly filed court documents in August 2020, where she requested more control over Britney’s assets. However, their father, Jamie Spears, was taking control of Britney’s financial affairs for over a decade from 2008 to 2018.

As of 2022, Jamie Lynn Spears has accumulated a total net worth value of $7 million. She has amassed a huge net worth figure from her acting and singing career. While appearing in Nickelodeon’s game show “Double Dare” in 2018, she and her daughter, Maddie won more than $15,000, which they donated to the New Orleans Hospital.

Kristin Chenoweth Net Worth: How Rich is the Actress Actually?