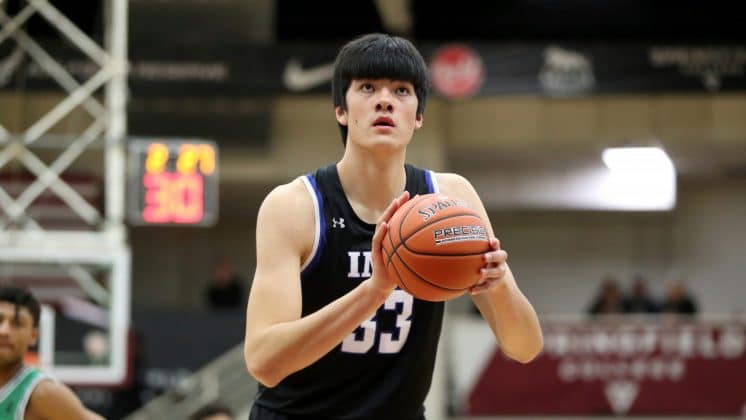 Zach Edey is a young Canadian basketball player. He plays for the Canadian National team. Zach is also an excellent hockey and baseball player. He is currently shining as a freshman player for Purdue University Athletic’s team. Zach Edey’s net worth figure is still yet to get uncovered.

Zach Edey was born in Canada. He has an extremely supportive family. His parents Glenn and Julia have always encouraged him to give the best at sports. In fact, they involved themself as the coach of Zach so that he could grow exponentially in sports. Zach has a brother named Doug who is also a skilled athlete. His brother is currently studying at Leaside High School.

Zach equally loves his family. He made a promise to his mom to get a scholarship so that she could get retire early. Zach was initially active in baseball. His perfect time of hitting the ball and all-around performance in baseball got noticed by the University of Alabama. As he grew up, his striking zone also excelled, but he started getting frustrated while playing AAA baseball.

Zach’s basketball career started when his good friend Magnus Taylor asked him to try his luck in the basketball field. Initially, he refused but his friend’s dad Steve who was a basketball coach knew that he would surely play basketball. That’s why he ordered an extra team’s shirt for him. Later, Zach learned the fundamentals of basketball from Steve and joined the team Huskies.

You May Also Like:   Louis Oosthuizen Net Worth: How Rich is the Golfer Actually?

As he was playing in a local tournament, he got noticed by one of the representatives of a Toronto-based basketball program named Northern Kings. Zach eventually got selected to join the program along with his teammates. In March 2018, he joined the program. Under the guidance of expert coaches, he excelled in the basketball field.

Later, he was hired by the U17 Canadian Team. In June 2018, he received his 1st NCAA offer from the Tulane University. At the same time, he also got admitted to a Florida-based sports academy, IMG academy.

Zach has learned the core rules of basketball in a quick time. Just imagine, he started playing basketball in October 2017 and was selected by Team Canada in April 2018.

Currently, he is playing for Purdue University Athletics team. Just a few days back on 6th March 2021, he had the best game of his career playing against Wisconsin. He scored 21 points in the game against Wisconsin’s big players.

At the current age of 19, Zach Edey stands to be massive 7 feet 4 inches or 223 cm tall and weighs around 100 kg or 220 pounds. His body stats like chest size, waist size, and arms size are not known at the moment. Likewise, his hair color and eye color are both black.

You May Also Like:   Paige Spiranac Net Worth: Height, Age, Wiki, Career & More

Who is Zach Edey’s Girlfriend?

Zach Edey has revealed very less information about his personal life. He has not shared any news about getting hooked up with any ladies. That’s why his present relationship status is believed to be single.

Zach is a very disciplined guy who manages his perfectly in his daily life. He sleeps and wakes up early. Zach loves to eat Mike & Ike fruit chewies.

Zach Edey has been involved in various basketball teams in past, and now he has started playing for big teams. Through his short span of a basketball career, he must have generated some good amount. But, his exact net worth figure has not got revealed yet.

Justin Gaethje Net Worth: How Rich is the MMA Fighter Actually?

Brendon Todd Net Worth: How Rich is the Golfer Actually in 2022?