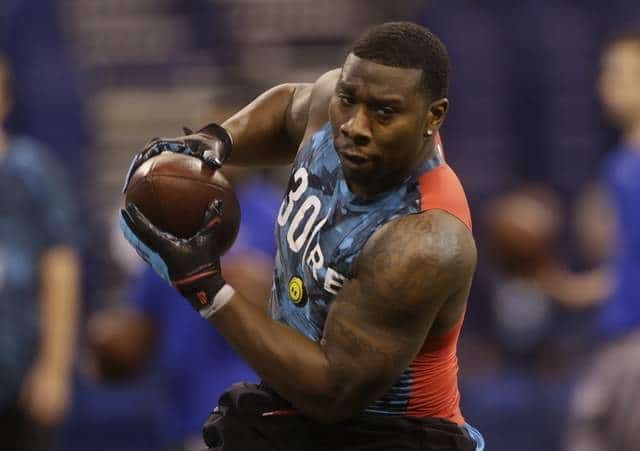 Zac Stacy is a retired American football running back who played for the NFL teams like New York Jets and St. Louis Rams. As of 2021, Zac Stacy net worth is estimated to be around $1.5 million.

Stacy was born on April 9, 1991, in Centreville, Alabama. He went to Centreville Bibb County High School where he played as a quarterback, running back, and wide receiver. He received First Team 4A All-State honors, the Division 4A Player of the year award, as well as Honorable Mention ASWA All-State.

Stacy was a two-time West Alabama Player of the Year and ended his high school career with 5,863 rushing yards and 76 total touchdowns.

A post shared by Zac Stacy Lives On (@zacstacy_fanpage)

Zac then went on to play college football at Vanderbilt. As a freshman, he starred in 10 of the 12 games and finished the season as the team’s second-leading rusher with 478 yards and three touchdowns on 107 carries.

Stacy was drafted by St. Louis Rams in the fifth round in the 2013 NFL Draft. He made his debut with the Rams against the Arizona Cardinals. His best game of his rookie season came against the Seattle Seahawks, where he received 134 rushing yards on 26 carries.

In 2015, he was traded to the New York Jets. However, he couldn’t feature most of the game after he broke his ankle against the Buffalo Bills and was placed on injured reserve. He was then waived by the Jets on July 27, 2016, after failing his physical.

Zac’s current relationship status is unknown. However, he is recently on the news after he is accused of savagely attacking his ex-girlfriend in front of their 5-month-old son in Florida. According to TMZ, he allegedly punched his ex in the head multiple times before tossing her into a TV.

After the attack, she called the police and Stacy fled the house. In the restraining order application, she wrote “He punched me several times in the head, I begged him to stop because the baby was on the couch just a few feet from where he punched me”. She added “He then picked me up and threw me into my TV. The TV began to fall and he turned to make sure I wasn’t getting up. As I laid on the floor he began to yell at me, telling me I’m destructive. He then picked me up off the floor and off my feet and body-slammed me into our son’s bouncy seat.”

As of 2021, Zac Stacy’s personal wealth is estimated to be around $1.5 million. He earned a majority of that money during his short time at the NFL playing for St. Louis Rams and New York Jets.

Javier Baez Net Worth: How Rich is the MLB Player in 2021?

Julio Lugo Net Worth: How Rich was the Baseball Player Actually?

Blac Youngsta Net Worth: How Rich is the Rapper Actually in 2021?

Sammie Marquez Benson, better known as Blac Youngsta is a 31 years old American rapper. He is best known for...

Key Glock Net Worth: How Rich is the Rapper Actually in 2021?

Young Dolph Net Worth: How Rich was the Rapper Actually in 2021?

Adolph Robert Thornton, Jr., better known as Young Dolph was an American rapper. He claimed prominence after the release of...

Soulja Boy Net Worth: How Rich is the Rapper Actually in 2021?

DeAndre Cortez Way, who is better known by his stage name as Soulja Boy, is an American rapper, songwriter, and...