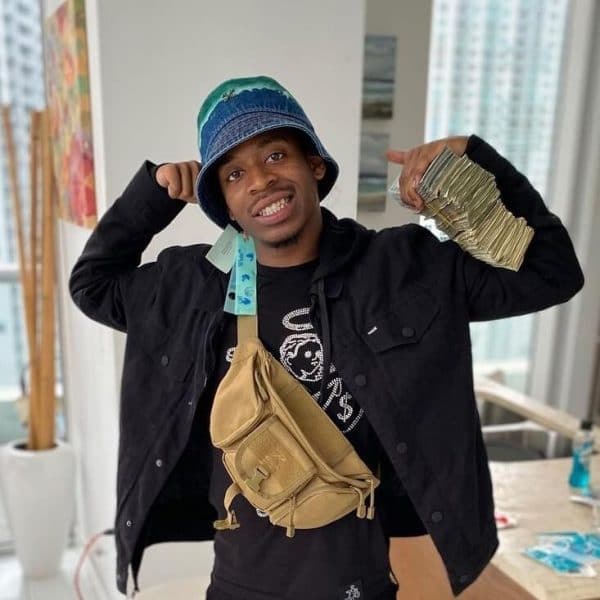 YN Jay is a young rapper from Michigan, best known for his song “Coochie Man”. He is often known as The Coochie Man. Jay was listed as one of Michigan’s Top Break Out Artist of 2020. YN Jay net worth is still under review at the moment.

YN Jay was born in Beecher, Michigan, United States. His real date of birth and age is still missing. Looking at his appearance, he seems to be in the age group of 20 to 25. He was inspired to pursue a career in music by his brother, Gabe.

At 10 years of age, he started rapping. He used to perform at different rap shows. Jay also performed freestyle in cars near his hometown of Beecher, Michigan. When he entered to teenage, he started recording 8 to 10 songs in a day. He started taking rapping seriously when he lost his brother Gabe. Jay actually paid a tribute to his late brother, by getting engaged in rapping.

In November 2019, he released 7 track projects titled “MVP”. But, his destiny changed when he dropped a song titled “Coochie” in April 2020. The song became a big hit, receiving over 27 million views on YouTube. The song also features the rapper, Louie Ray.

Jay later released a song titled “Coochie Man” on his YouTube channel. The official music video of the song was released on December 30, 2020. After the huge success of the song, people started recognizing him as The Coochie Man.

Besides Coochie, he is also known for his other hit songs. He has given many hit singles like “Flintana”, “Coochie Scout (Coochie Land)”, “Reflection”, “Triples S”, “Blind Em” and “Smoove Dude”. Most recently, he dropped a song titled “Mafia”. The official music video of the song was released just two days back on April 26, 2021. The song features the rapper, Louie Ray, with whom he has given the hit song “Coochie”.

YN Jay’s present relationship status is still not known. Either he is dating someone or still single, that has still remained a mystery. Jay must be focusing on his music career since he has not given any hint of dating anyone through his Instagram. Jay has amassed around 300K followers on Instagram. He has most recently promoted his song, Mafia through posting a post on Instagram.

YN Jay must have earned a hefty sum from his music career. But, he has not disclosed his real net worth figure yet. He also has a self-titled YouTube channel, where has 183K subscribers. Jay must be getting a good amount from YouTube as well.

Loaded Lux Net Worth: How Rich is the Rapper Actually in 2022?