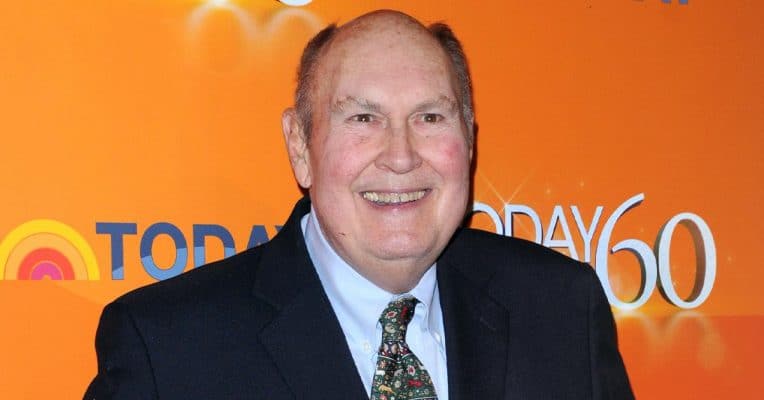 Willard Herman Scott Jr., simply known as Willard Scott was a renowned American weather presenter, media personality, and comedian. He is best known for serving as a weather reporter on the Today show. Scott is also the creator and original portrayer of the clown character, Ronald McDonald. Willard Scott net worth at the time of his death is estimated to be around $10 million.

Willard Scott passed away at the age of 87 on September 4, 2021. The real reason behind his death has not got revealed yet.

Willard Scott was born on the 7th of March, 1934 in Alexandria, Virginia, United States. He has not provided enough detail on his early life, and parents. For his study, he joined George Washington High School. Then, he studied at the American University from where he held a Bachelor of Arts degree majoring in philosophy and religion.

Scott became interested in broadcasting while working as an NBC page at NBC-owned radio station, WRC (AM). He even worked at the American University’s radio station, WAMU-AM for two years from 1951 to 1953. In 1955, he teamed up with his fellow University friend, Ed Walker, and started co-hosting NBC’s radio program “Joy Boys”.

Willard expanded his hosting experience in TV shows during the 1960s. He was hosting the children’s TV programs while continuing his work on the radio. Scott played the characters like Bozo the Clown and Commander Retro while working in WRC-TV. Later, he started appearing as a weekday weatherman on WRC-TV.

In 1980, he started serving as a weatherman for NBC’s TV show “The Today Show”, where he replaced Bob Ryan. After serving for more than a decade, he went into semi-retirement, though he was appearing on the morning program two days a week. In 2008, he substituted Al Roker to appear as a weather presenter for The Weather Channel.

Willard announced his full retirement on December 1, 2015. As a tribute, the Today show taped highlights of his work experience with the show on his final day on December 15, 2015.

Willard Scott has been married twice. First, he tied the knot with Mary Dwyer Scott in 1959. Both spend a blissful moment together for over four decades. In 2002, their long relation was ended after Mary died in 2002. Willard had two kids with his first wife Mary named Mary and Sally.

Scott married a second time to Paris Keena on April 1, 2014. He met her first time in 1977 while serving at WRC-TV. Scott was in a relationship with Paris since 2003, though they officially got married in 2014. They were living in Sanibel Island, Florida.

You May Also Like:   Mike Richards Net Worth: How Rich is Jeopardy Producer Actually?

Willard was confirmed dead by his successor on the morning news show, Al Roker on September 4, 2021. Roker announced that Scott passed away peacefully Saturday morning surrounded by his family.

As of 2022, Willard Scott’s personal wealth is estimated to be around $10 million. He had gathered a huge amount from serving as a weather presenter on Today Show. In addition to that, he had appeared in series of commercials for Days Inn. Likewise, he has penned eight books including his autobiographical book “The Joy of Living.”

Dale Brisby Net Worth: How Rich is the Cowboy & Social Media Star?