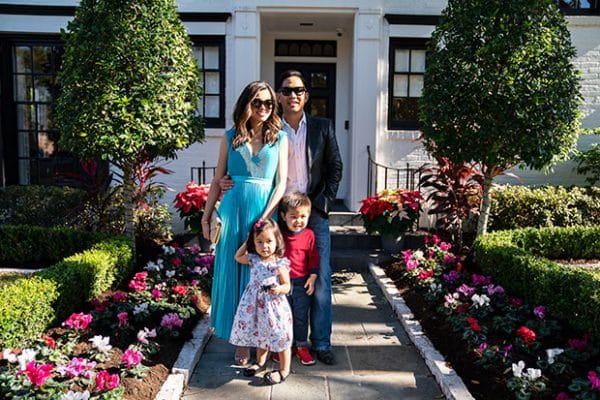 Washington Ho is a son of Vietnamese-American multi-millionaire Binh and Hue Ho. He is a successor of the Ho family, who will take over Ho’s family business empire soon. As of 2022, Washington Ho net worth is estimated to be around $250 million.

Washington is the owner of VoltStreet Energy Advisors and Vice President of Moody Rambin. Washington’s family came into notice after appearing on HBO’s reality show “House of Ho”.

Washington Ho was born in Vietnam to parents Binh Ho and Hue Ho. His parents immigrated from Vietnam to the United States in 1975. They have struggled in their early days. Earlier, they stayed and worked in Houston, Texas. Washington is named after the United States former President George Washington. He has two sisters named Judy and Reagan. All of them are living lavish life now.

Binh is 71 and Hue is 66 years of age now. Since they are growing old, the couple might give the responsibility of their business to Washington soon. Washington has a party-boy character. Most of the time he is seen throwing parties and enjoying life fully.

However, Washington made the decision to quit drinking alcohol in November 2019. He shared the reason behind the decision is for his family. He wants to prove himself as the best Washington Ho, who’s different from what the world sees him. Washington also clarified that he wants to inspire his kids so that they could stand up for own in their life.

You May Also Like:   Dietrich Mateschitz Net Worth: How Rich was Red Bull Co-owner?

Washington Ho Net Worth and How He Makes Money?

Washington is currently involved in few businesses. His linked account states that he is working as a senior vice president of the real estate company “Moody Rambin”. In addition to that, Ho also owns an energy consulting and management firm Voltstreet Energy Advisors. Likewise, he is serving as an advisor and founding shareholder at Southwestern National Bank.

Recently in the trailer of the popular show House of Ho, Washington notified that his father Binh is retiring soon from investment and banking responsibility. So, speculation is going strong that Washington will be new in charge of Ho’s family business venture.

Washington is all set to take over his family business. His parents have traveled a long way to establish million dollar business empire. Washington will be inherited a multi-million dollar bank and a real estate company from his parents.

Washington has two kids with his wife Lesley. His first children whom he named Roosevelt are 4 years old and the second kid Lincoln is 3 years old now. Like his father, he has also named his children after the name of former United States President.

The multi-millionaire business personality, Washington Ho has not shared his net worth figure yet. However, the total net worth figure of Ho’s family is known to be around $3.1 million. Washington will surely add some amount to that figure and make Ho’s business venture even bigger in the next few years. According to our estimate, Washington Ho’s net worth is in the range of $230 million to $280 million.

Bernt Bodal Net Worth: How Rich is Elizabeth Vargas Ex-Husband?

Binh Ho Net Worth: How Rich is the ‘House of Ho’ Star Actually?