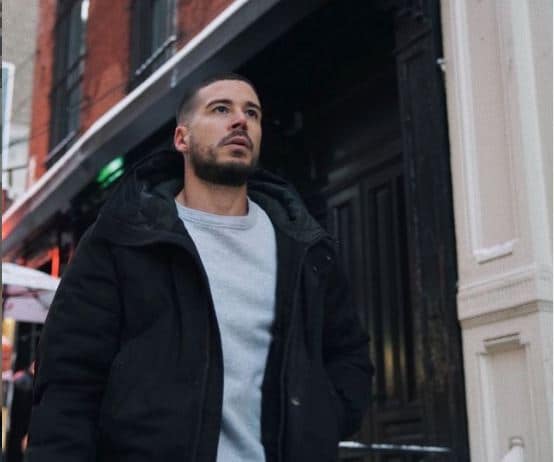 Vincent J. Guadagnino, better known as Vinny Guadagnino is an American reality TV star. He is best recognized for being a cast member on MTV’s reality TV series “Jersey Shore”. Vinny is currently starring on the third season of MTV’s dating game show “Double Shot at Love”. As of 2022, Vinny Guadagnino net worth is estimated to be around $5.5 million.

Vinny Guadagnino was born on the 11th of November, 1987 in Staten Island, New York, United States. He was born to traditional Italian-American parents, Paula Guadagnino, and Paola Giaimo. Vinny has two sisters named Antonella and Mariann Guadagnino. His mom immigrated to the United States from Italy at 13 years of age.

Regarding his education, he went to the Susan E. Wagner High School. After that, he attended the CUNY College of Staten Island from where he scored a 3.9 GPA in 3 and a half years.

Vinny was 21 when he started appearing as a cast member on MTV’s reality series “Jersey Shore”. He has made an appearance in all six seasons of the show from the year 2009 to 2012. The reality show covered the lives of 8 housemates who stay together in a vacation house in Seaside Heights, New Jersey. The show became incredibly popular which helped the original cast members to get the future work in other TV shows.

After the end of Jersey Shore, he started taking acting lessons. He made a guest appearance on MTV’s scripted comedy series “The Hard Times of RJ Berger”, where he appeared as RJ’s cousin. Then, he was seen playing a small role in an episode of the teen drama series “90210”. Vinny has also appeared in 2012 released Syfy’s original movie “Jersey Shore Shark Attack”.

In May 2013, he started working on his own talk show “The Show with Vinny”, which was produced by MTV. In the show, many known celebrities visited his house to talk and have dinner with him and his family. Later, along with his mom, he appeared on The Cooking Channel’s show “Vinny & Ma Eat America”.

In April 2019, he started appearing in MTV’s dating game show “Double Shot at Love” along with TV personality, Pauly D. The third season of the show started premiering on Thursday, September 16 on MTV. Before appearing in the third season, he competed in the reality singing competition, The Masked Singer, where he was eliminated in the 6th spot.

Vinny Guadagnino’s present relationship status is single. He was dating Maria Elizondo who has appeared in Season 1 and Season 2 of the Double Shot at Love. Vinny had a special bonding with Maria in those two seasons, however, Vinny chose to remain single at the end of the Season 2 finale.

Vinny’s ex-girlfriend, Maria would also be appearing on Season 3 of Double Shot at Love. Vinny has previously dated several other women. He was rumored to be in a relationship with Jasmine Waltz in 2010. For two years from 2012 to 2014, he dated Melanie Iglesias.

Harris Faulkner Net Worth: How Rich is the Fox Newscaster Actually?